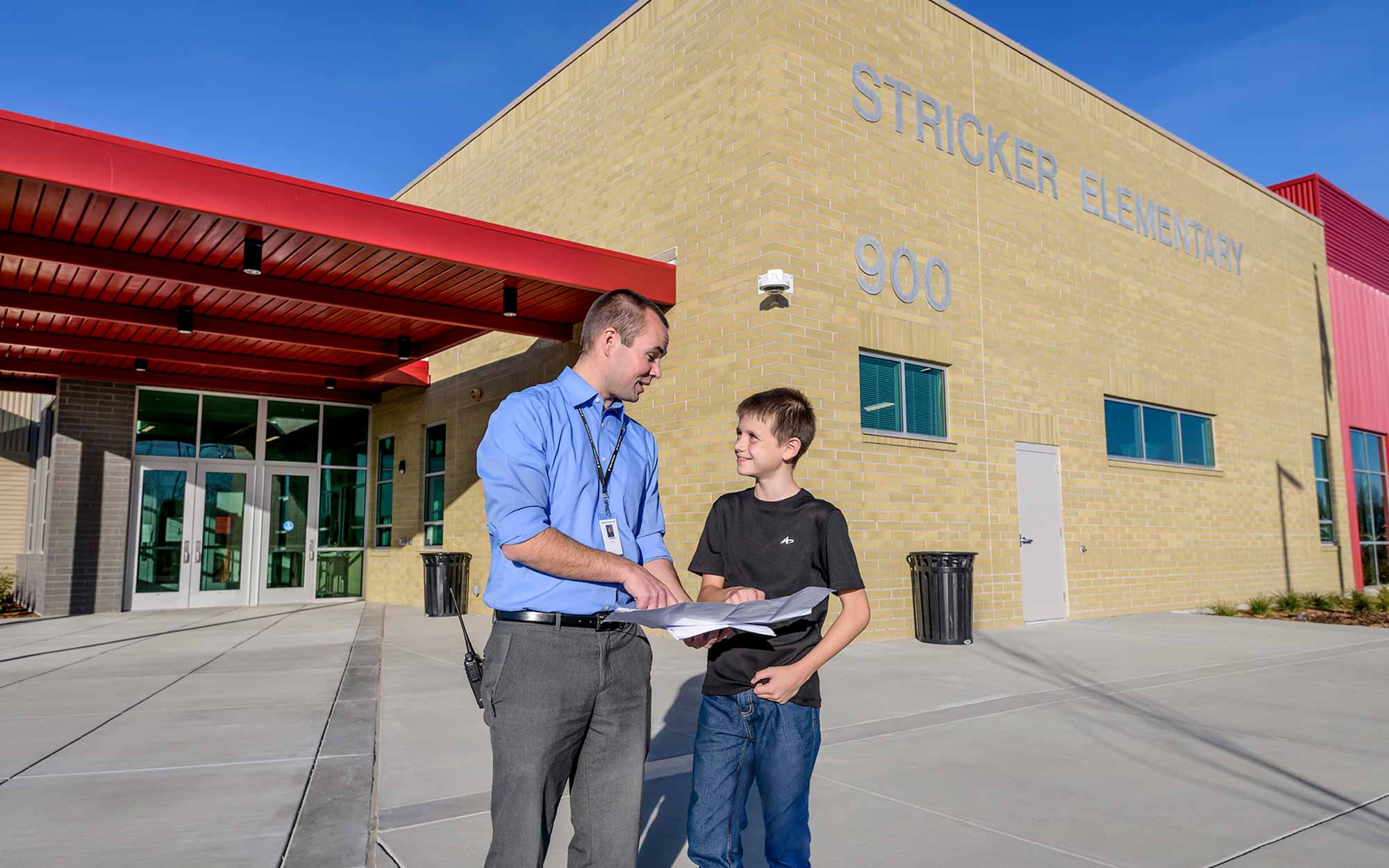 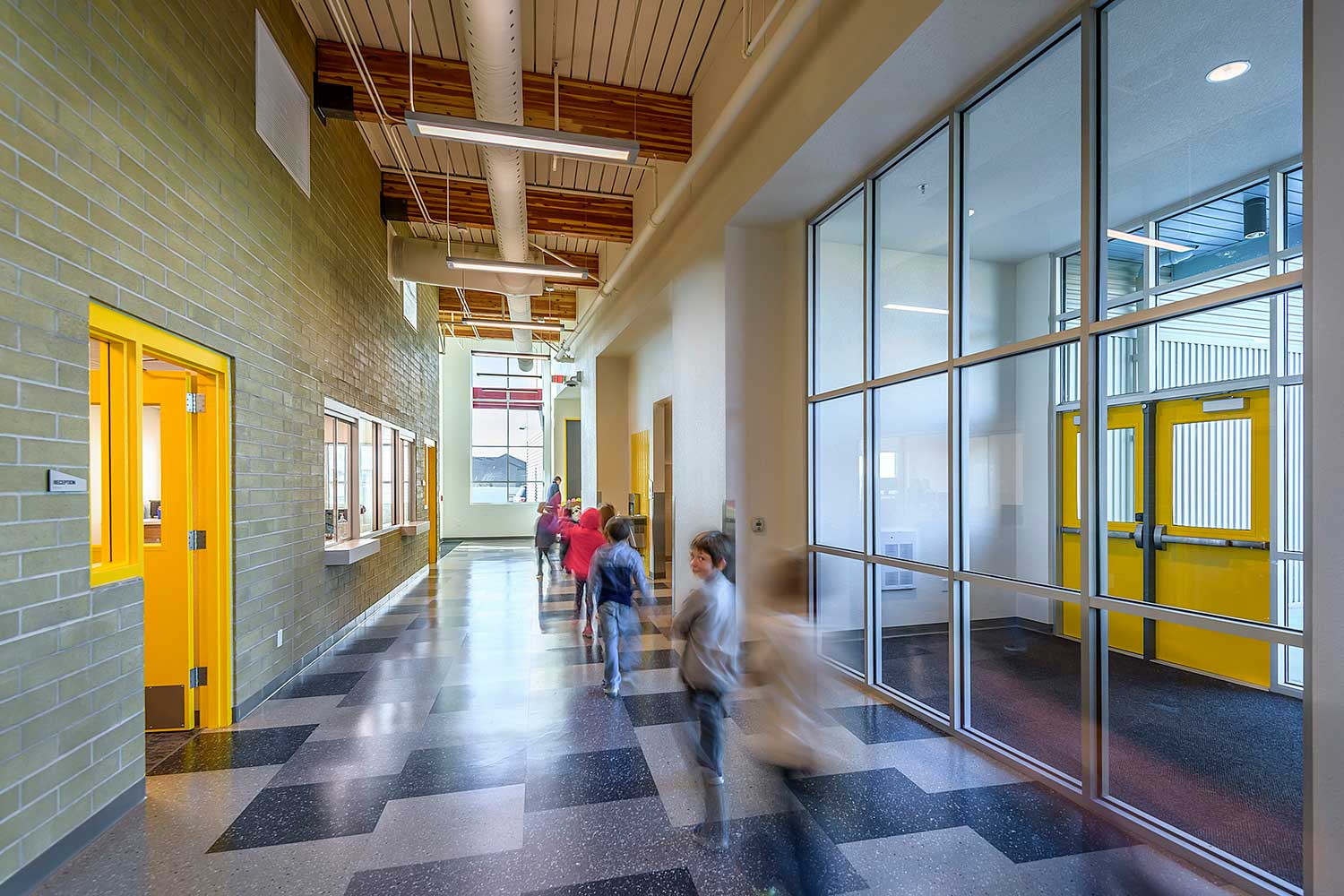 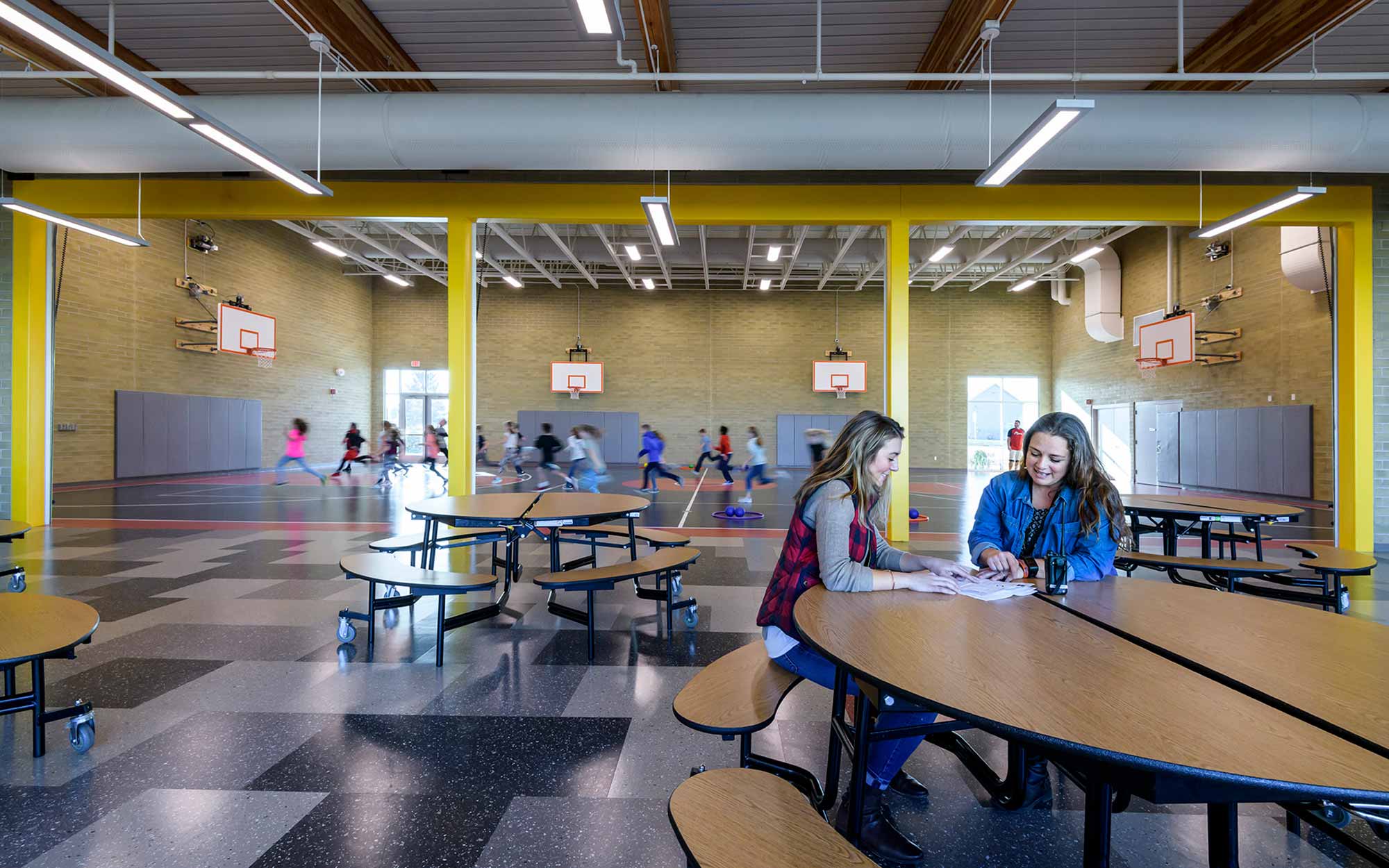 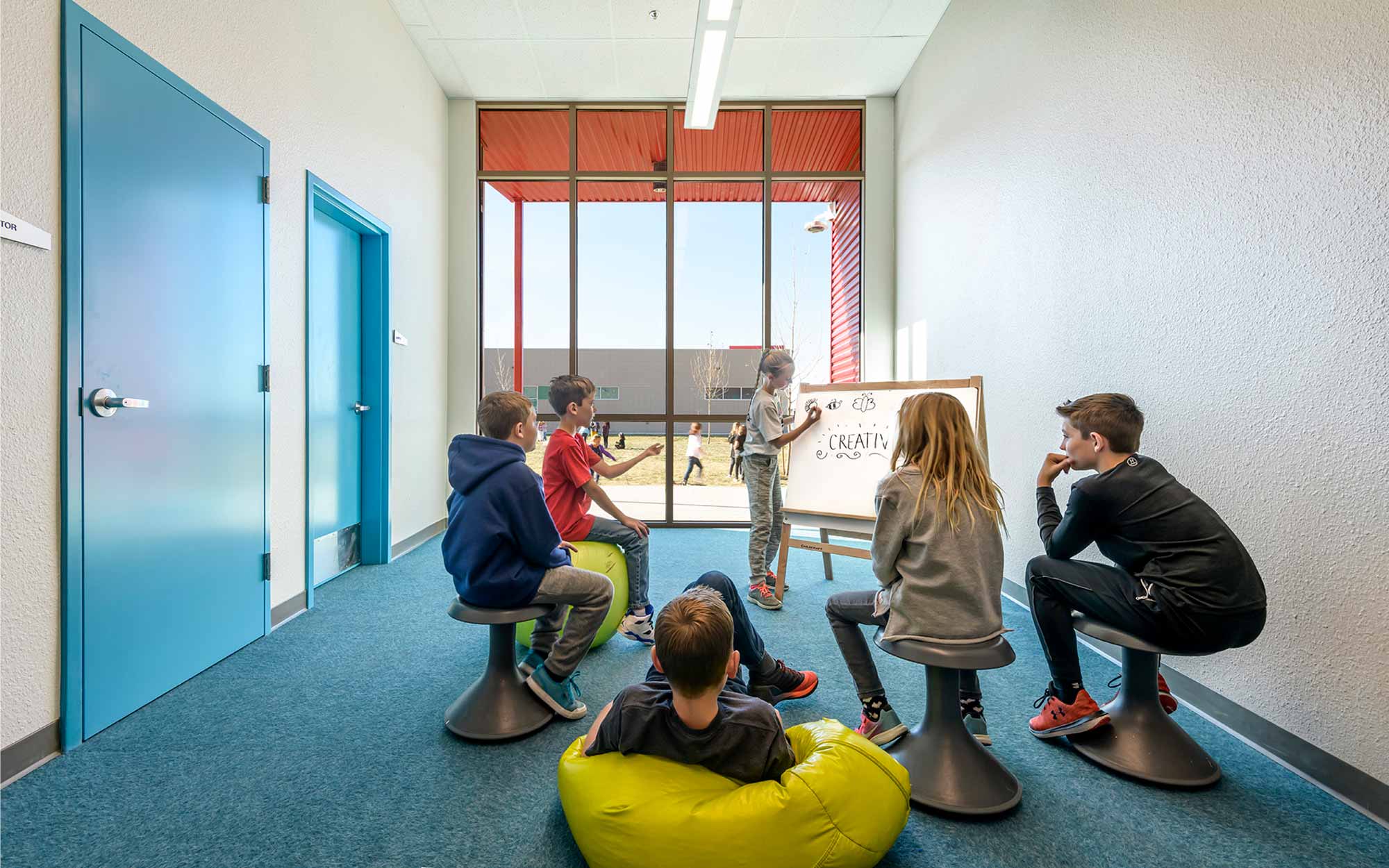 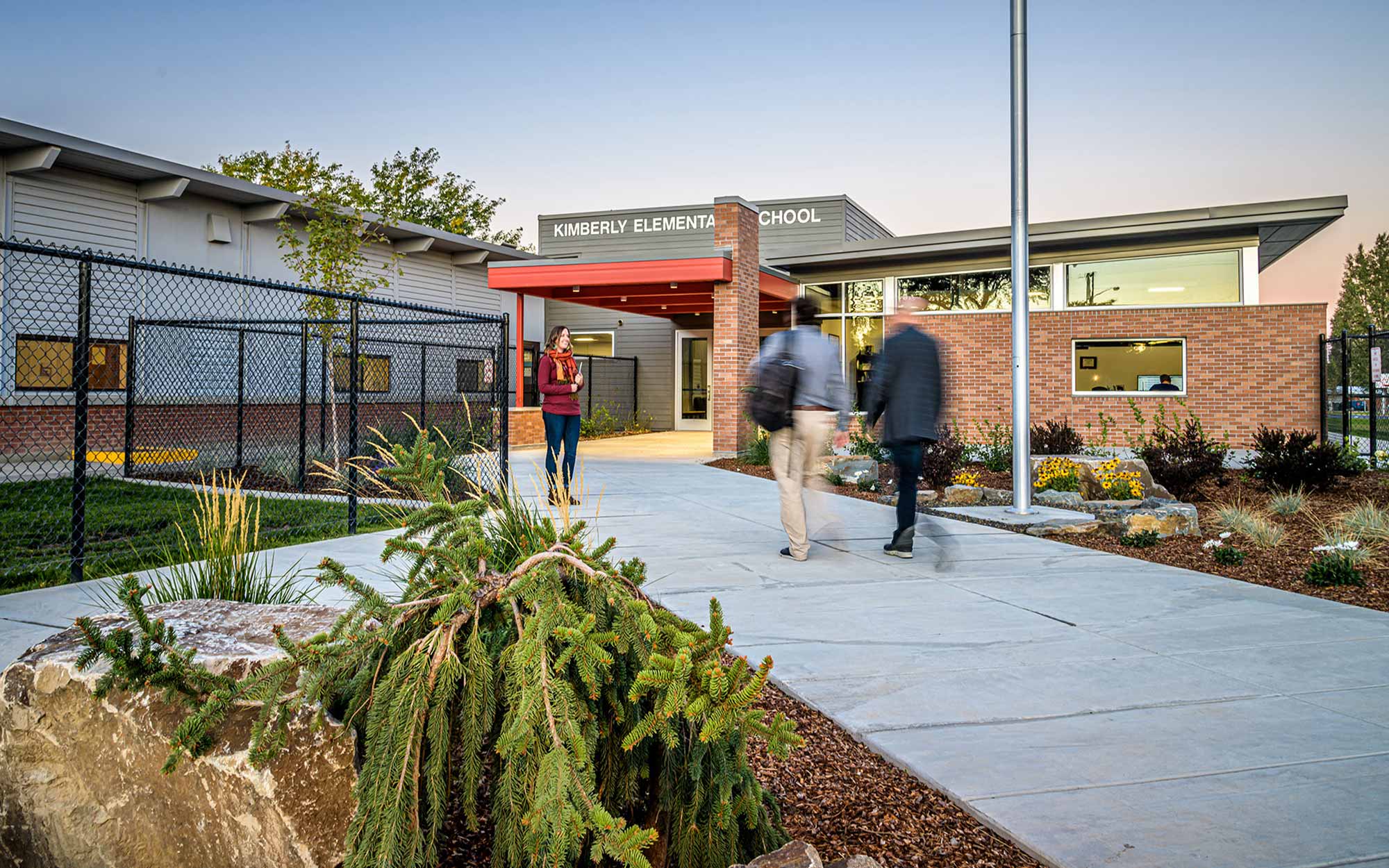 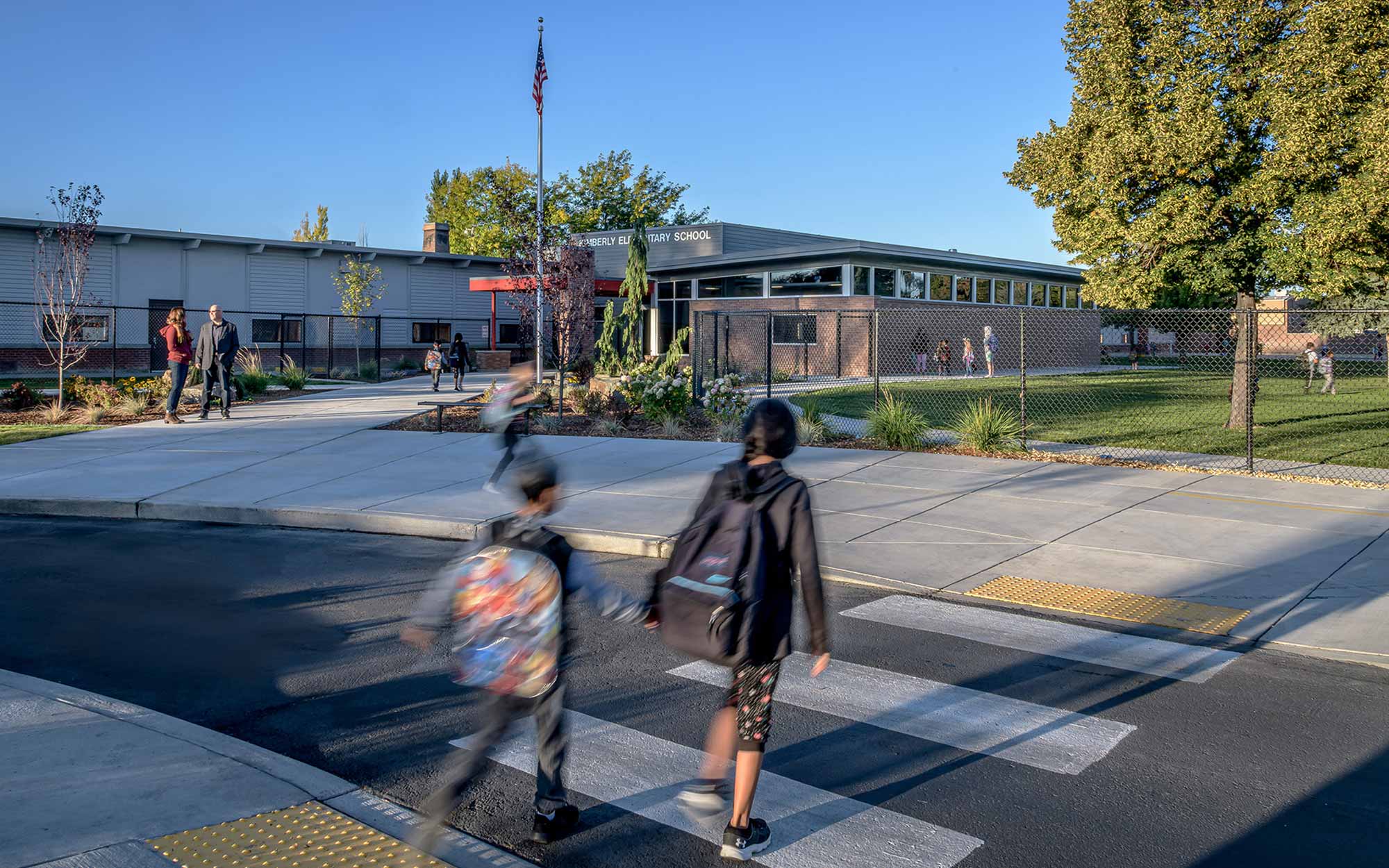 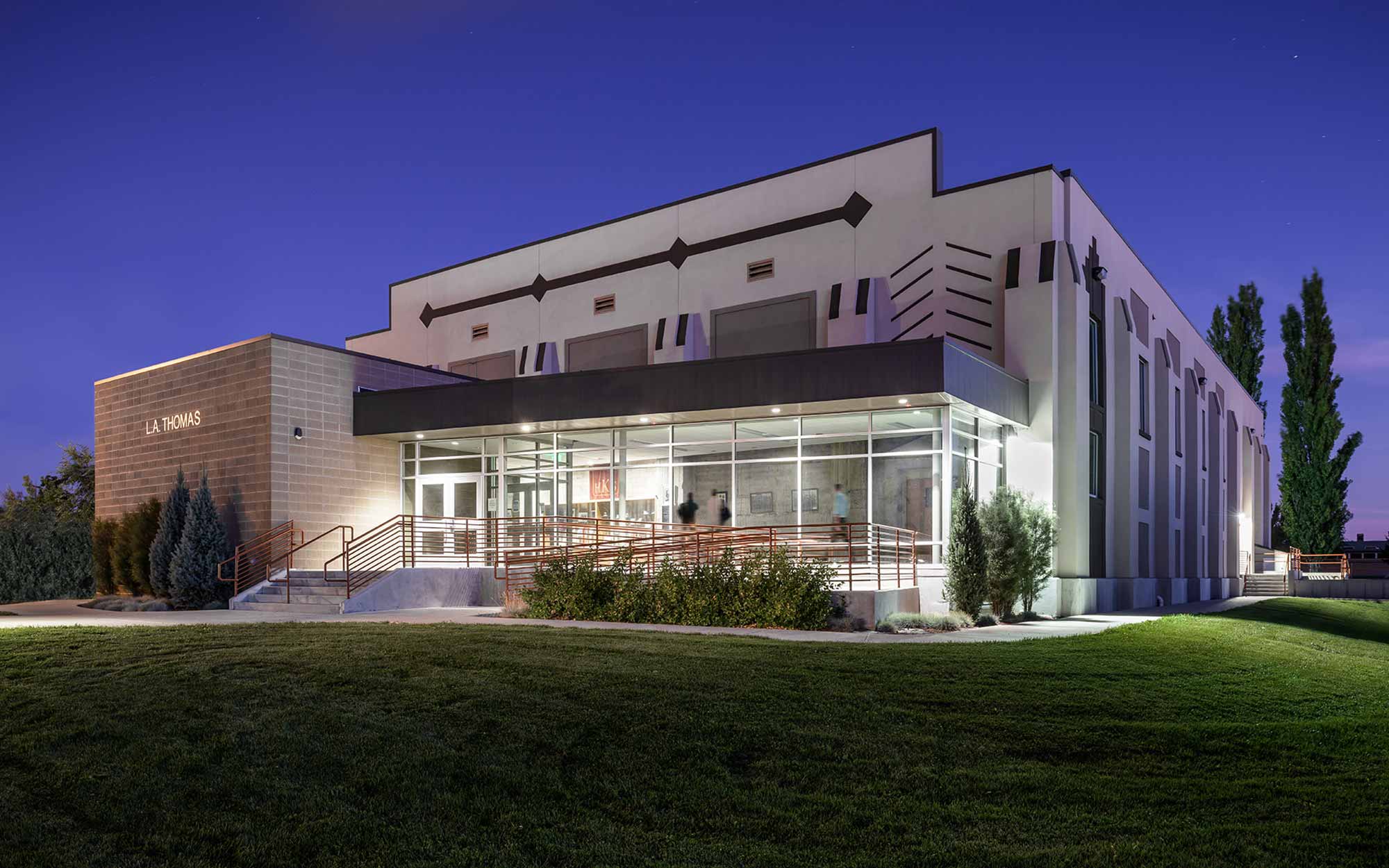 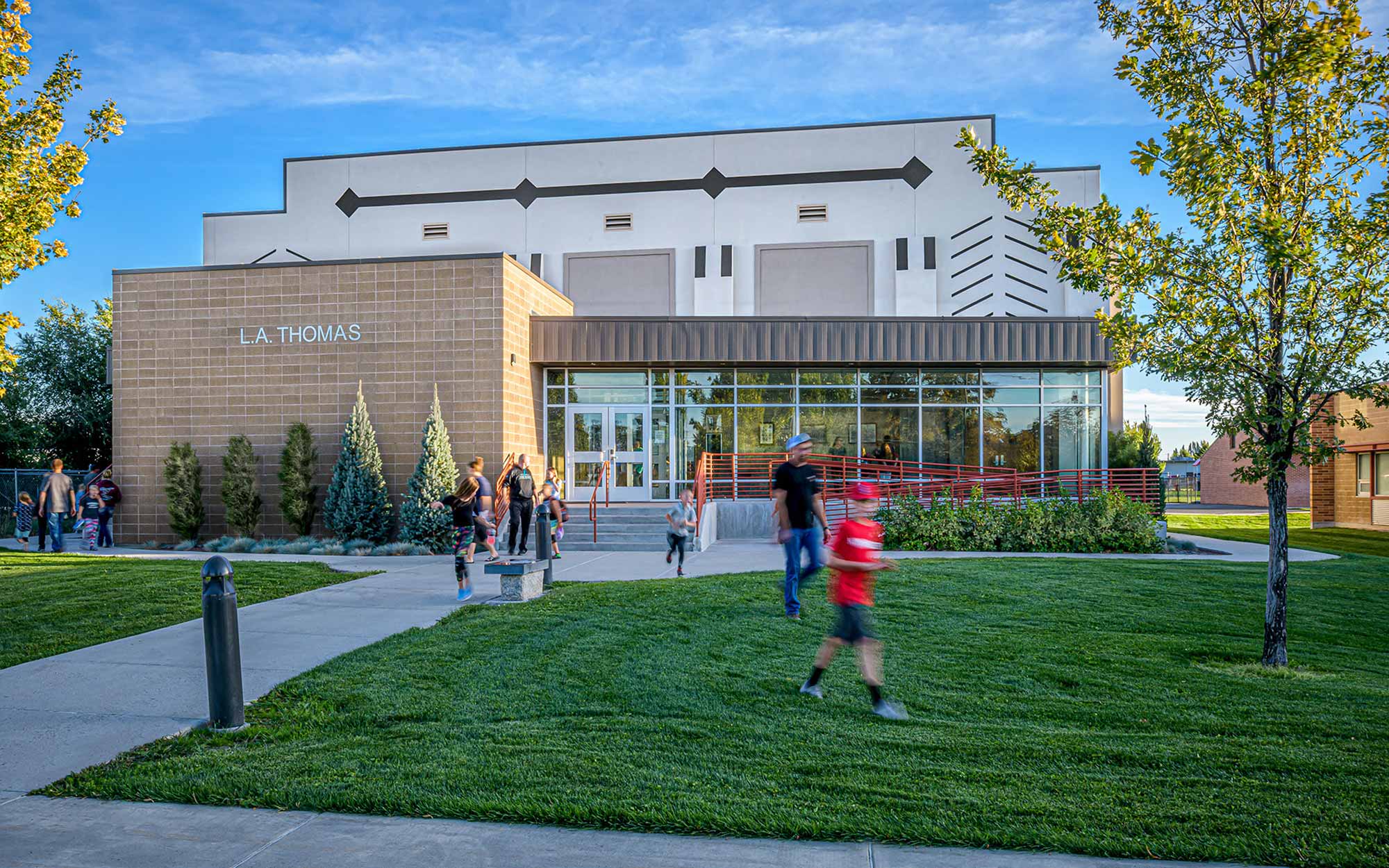 Because Kimberly was at the time the largest elementary school in the State of Idaho, the community passed a $10.2 million bond to build a new elementary school and renew the existing one. The team worked to create parity and equity between the two elementary schools’ facilities. Additionally, Cushing Terrell designed upgrades to complete (some 75 years after it was originally constructed) the district’s iconic shared gymnasium.

The new 50,000 sq. ft. preK-5 Stricker Elementary School opened in fall 2018 and provided 21st century learning spaces, a “commons” cafeteria, and an overall environment that fosters student safety, collaboration, and quality education. In partnership with the Design Advisory Group, the existing Kimberly Elementary School was renovated with upgrades that included a new entry sequence and rearrangement of interior classrooms and support areas.

Construction of the L.A. Thomas Gym was originally funded by “New Deal” Work Projects Administration (WPA) dollars, but the project stalled when its builders left for WWII. The gym has been in use since 1942, though it never received an originally-intended stucco finish. Cushing Terrell was tasked with finally completing the building’s exterior, creating an entry with more public presence, and adding ADA-accessible restrooms. While the original, recognizable character of the building remains visible just inside the entry, the gym is now more inviting and accessible, and the project was completed on time and under a strict budget. The gym netted a 2016 Preservation Idaho Orchid Award for Historic Preservation.