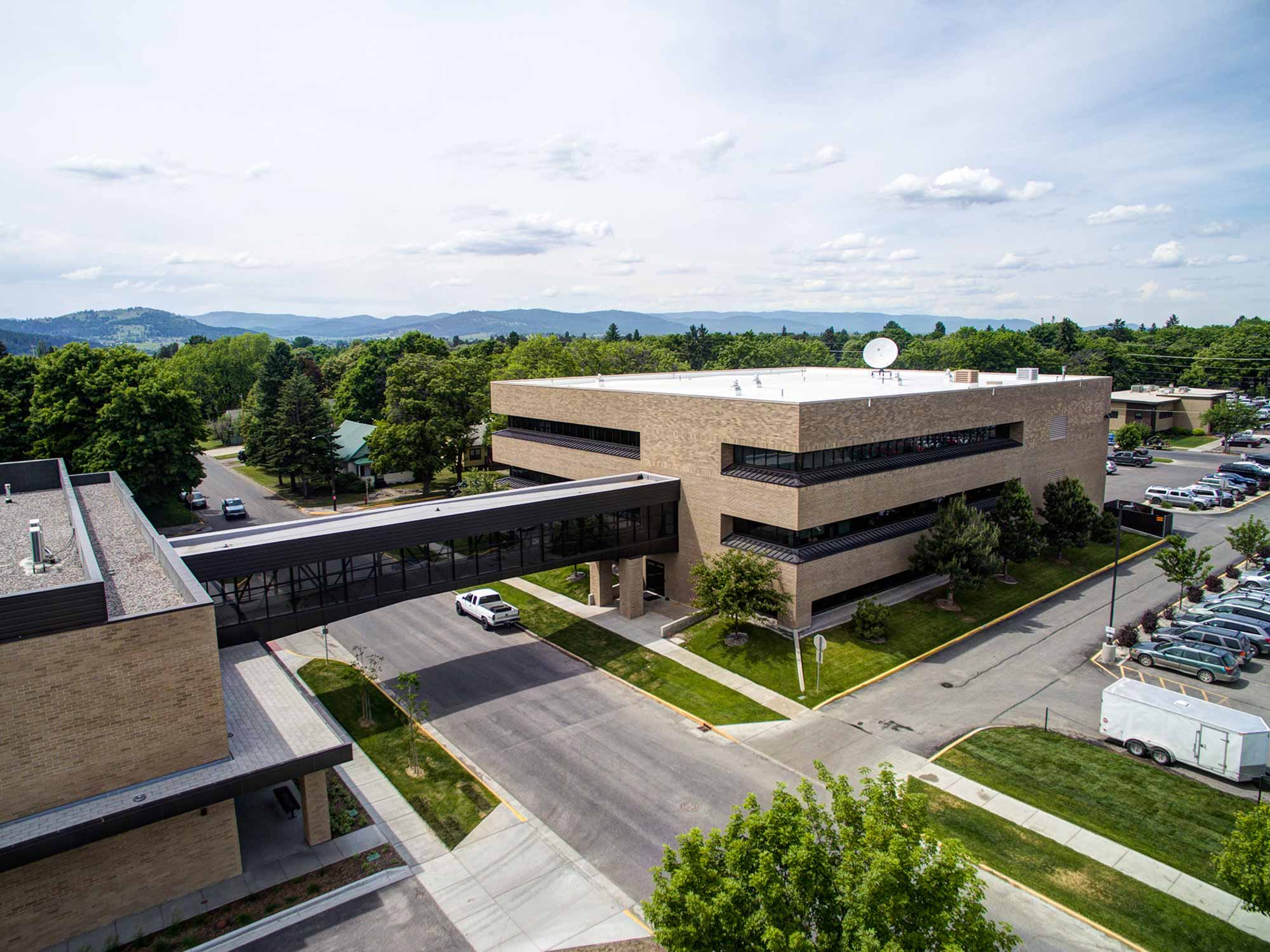 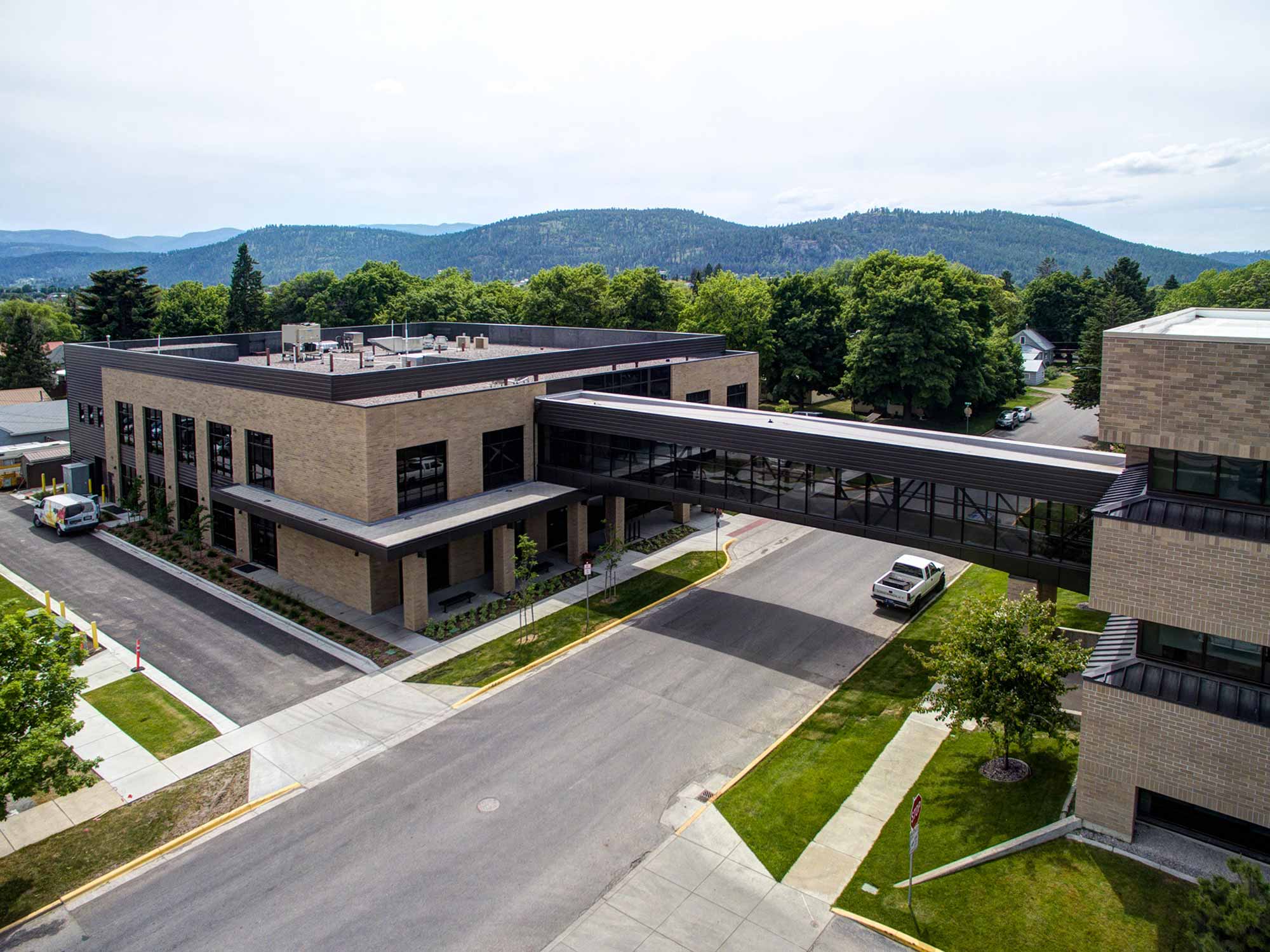 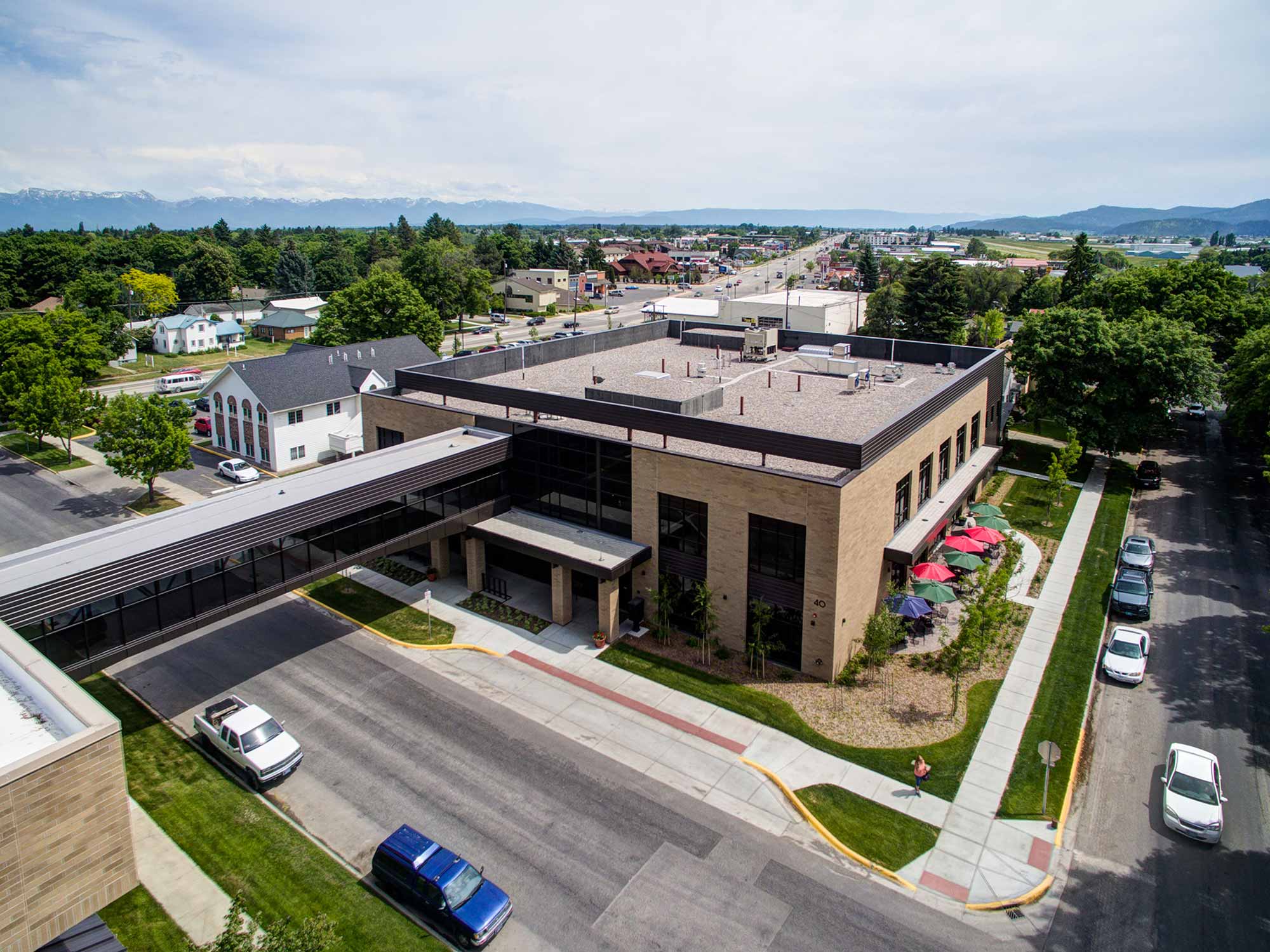 The Flathead County South Campus sky bridge facilitates not only indoor pedestrian access between two buildings but also blends two eras of building architecture with visual continuity of independent materials. The enclosed pedestrian bridge spans 95 ft over 11th Street in Kalispell, MT between the new South Campus building and the existing Earl Bennett building to the North. The bridge is comprised of two HSS steel Pratt Trusses supported independently on concrete piers separated from each building with seismic isolation joints.  Foundation elements directly adjacent to the new South Campus building were completed in conjunction with new building construction. It was only later as the new building construction neared completion that the bridge design began to take shape and steel fabrication moved forward. Fabrication of the bridge took place in Billings, MT, and the bridge structure shipped by truck in one piece to its final destination. With only a few inches to spare on each end, the bridge was lifted by two cranes into final placement on concrete piers in just an hour. A steel truss bent along the bottom chord profile ramps up on each end to provide MDT required vehicle clearances from the street below while contending with the differences in each building floor elevation.  Though structural, the functional element also provides eye-catching simplicity from the casual observer at street level.