Design Principal David Koel, an architect for 26 years, is a curious guy. He channels his hunger for knowledge into learning opportunities — from reading to investigation to simply asking a zillion questions of people who know things he doesn’t. (This especially comes out in his many discussions with clients.)

But Koel doesn’t learn in a vacuum — and he thinks asking questions should not only be encouraged but given center stage at a design- and knowledge-centric place like Cushing Terrell. This is where his brainchild, Constant Curiosity, comes in. Koel dreamt of a program where young designers from various firm locations could meet and pick the brains of design veterans. To get it off the ground, he put a few loose guidelines in place:

“There’s a lot of design professionals who set the impression that we have all the answers. And I don’t think we do,” Koel said. “I think in our industry, it’s OK to ask the question — and not only ask the question but make it clear that we don’t know everything.” 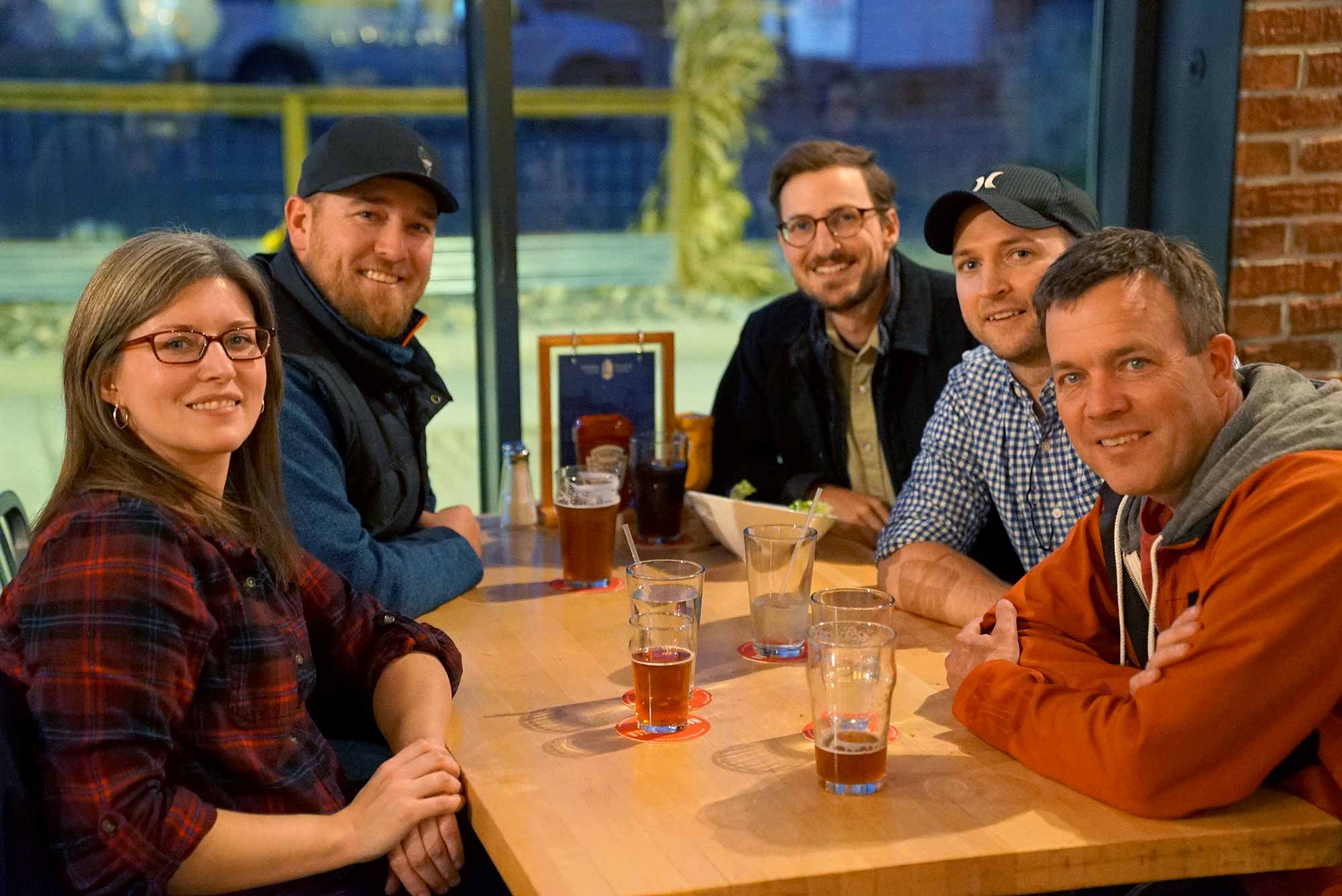 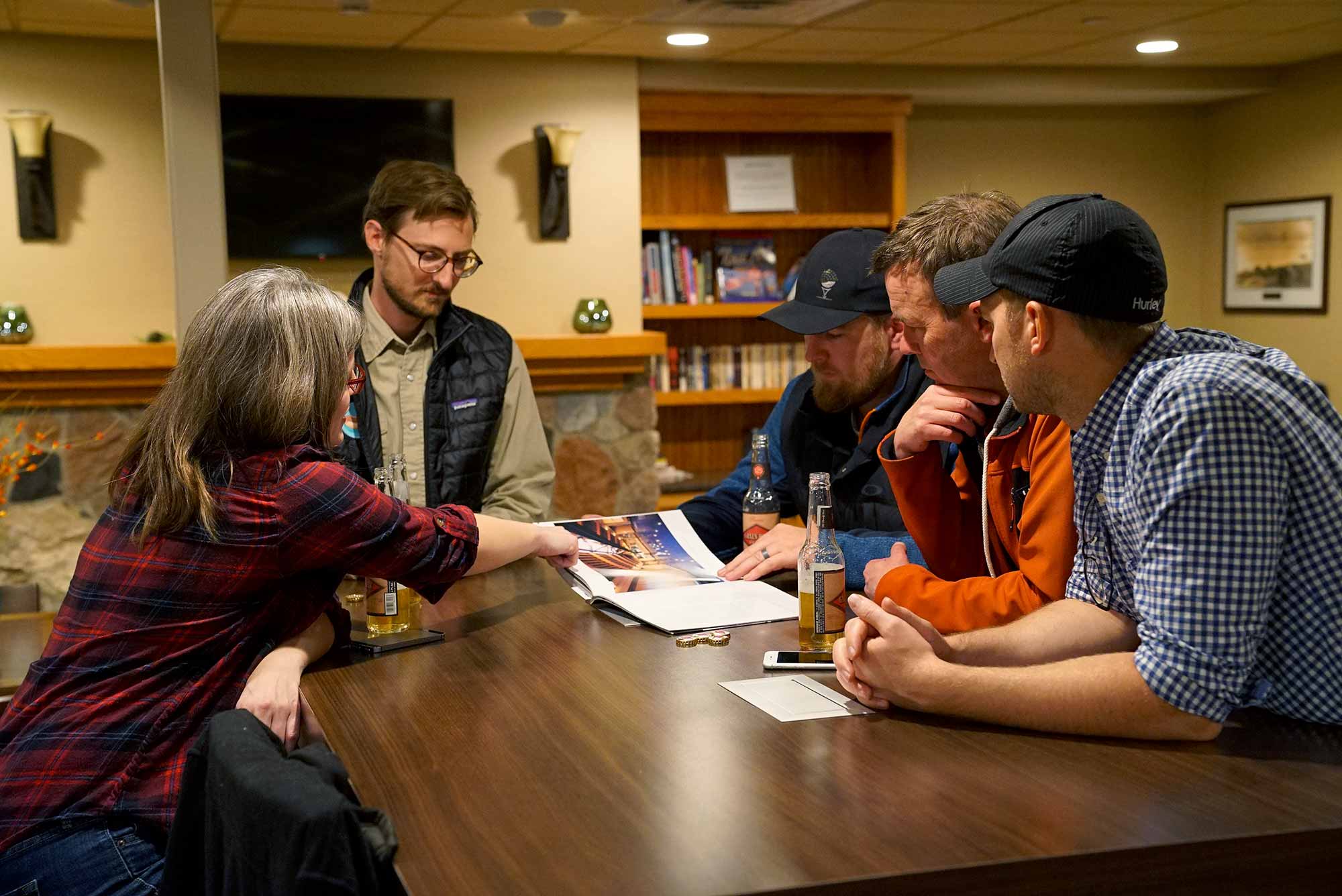 The team ate dinner together and had a preparatory meeting the night before their visit with David Salmela.

“I think it’s important for us to be creative and curious all the time, and I wanted our young staff to have that understanding,” he continued. “So let’s go talk to some people that are doing it differently. Let’s just march in there, be honest, and say, ‘What are you doing? How are you doing it?'”

For the inaugural installment, Koel assembled the following team members for a trip to Duluth, MN, to meet architectural design icon David Salmela:

Arrival night included dinner at Canal Park Brewing Company and a rally in the hotel lobby, spent looking at photo-heavy books of Salmela’s work and documentary footage about him, and lobbing questions about tomorrow: What was in store? What was the team there to achieve? What did they already know about David Salmela? What could they glean from his existing designs? What questions would they have for him? 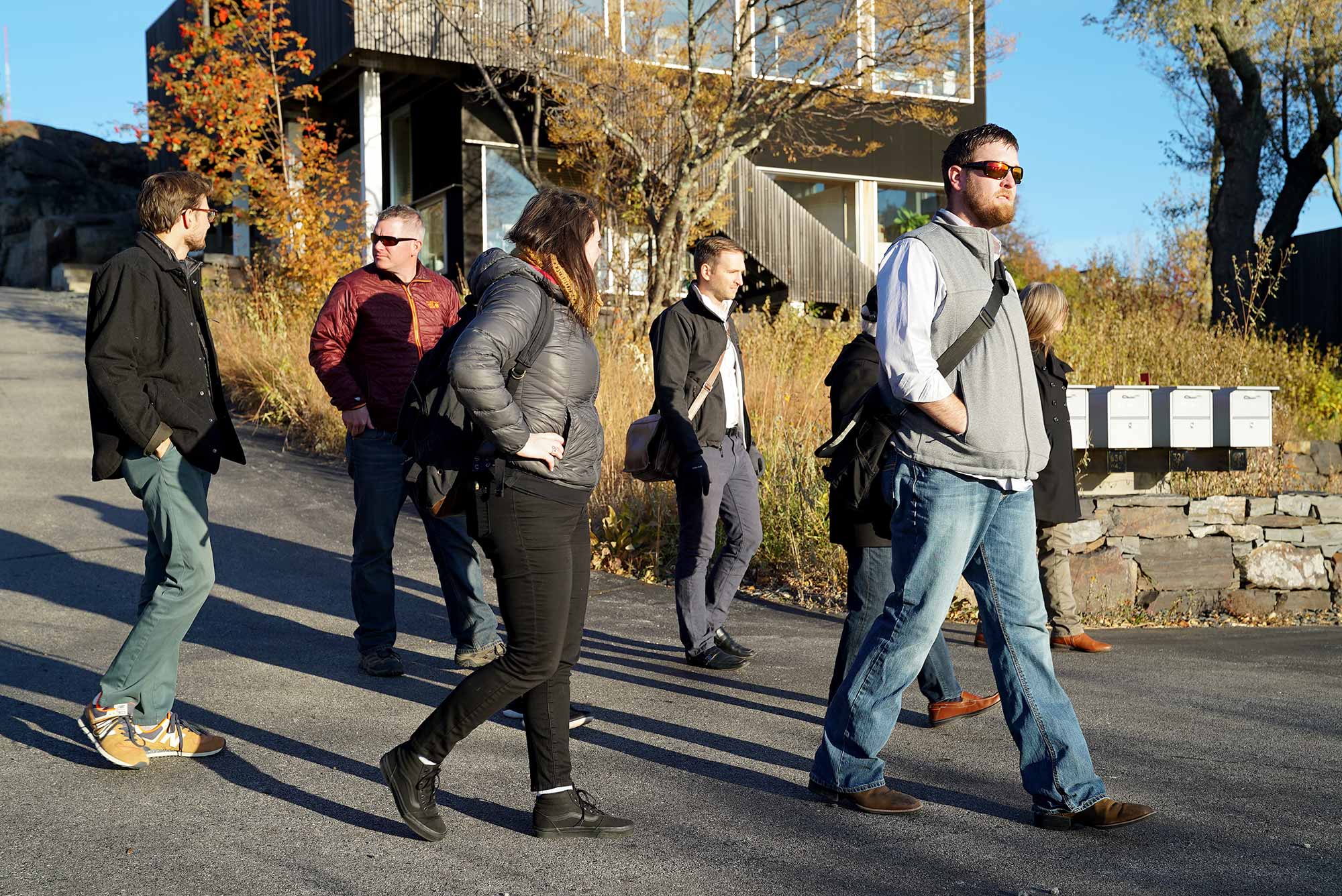 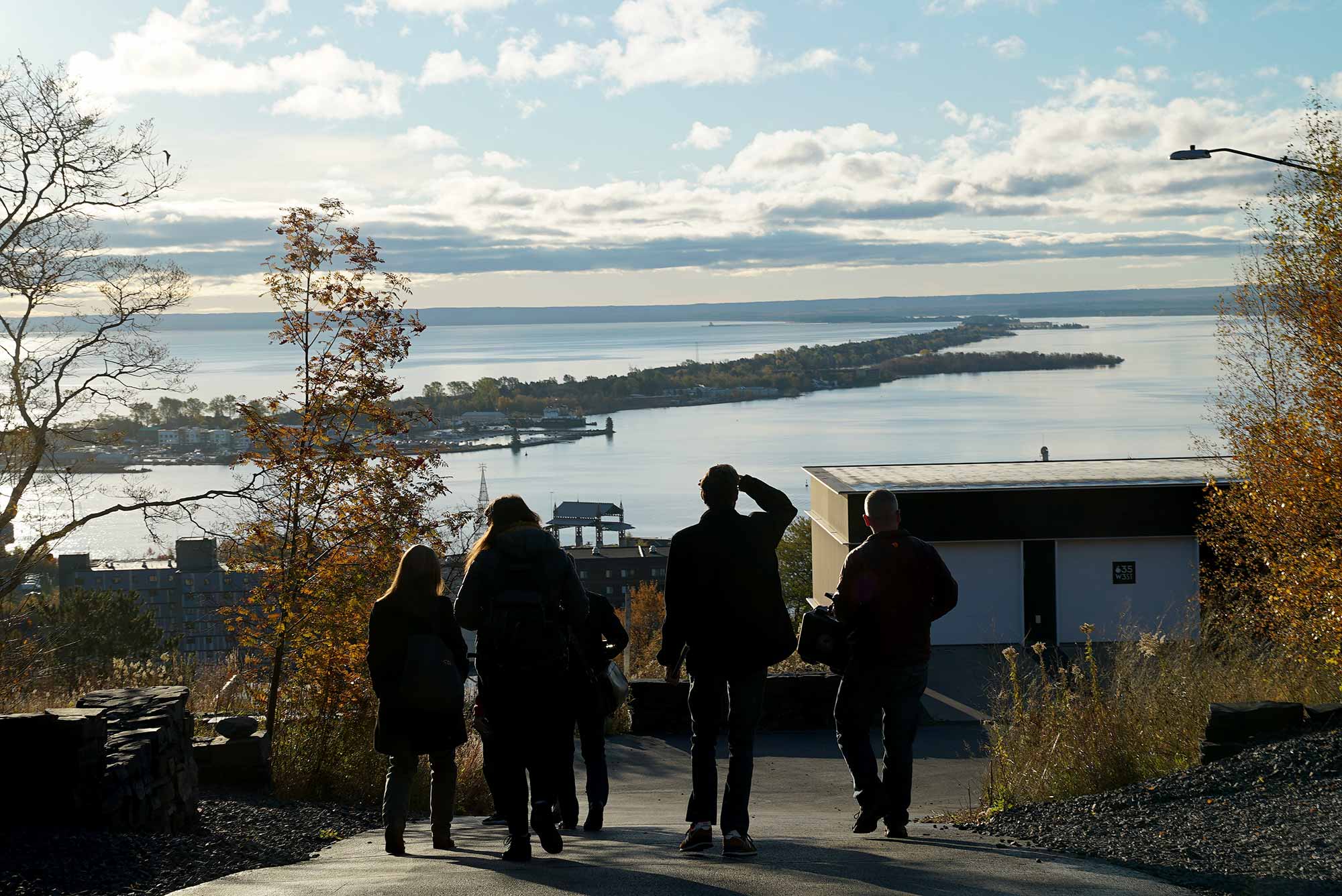 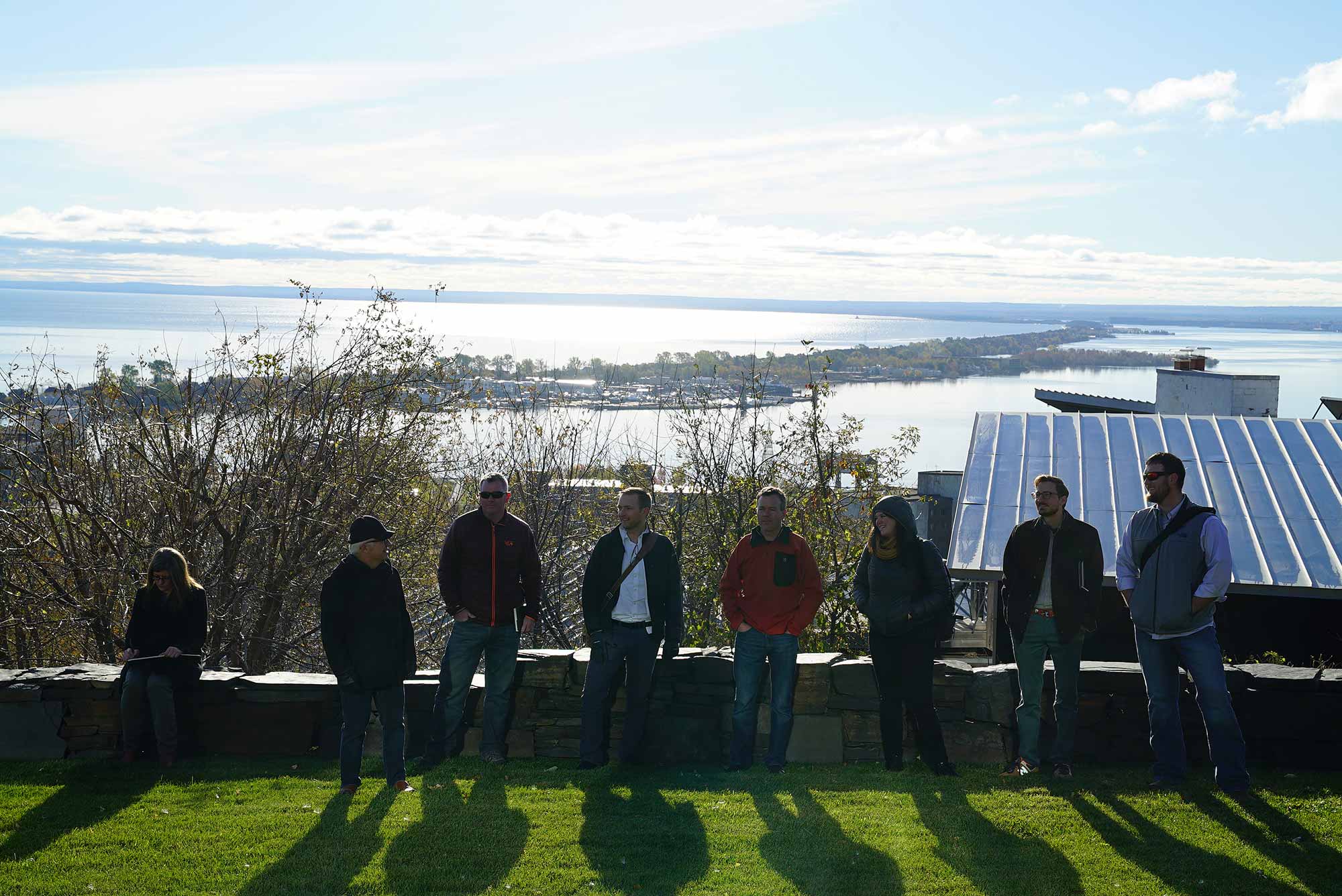 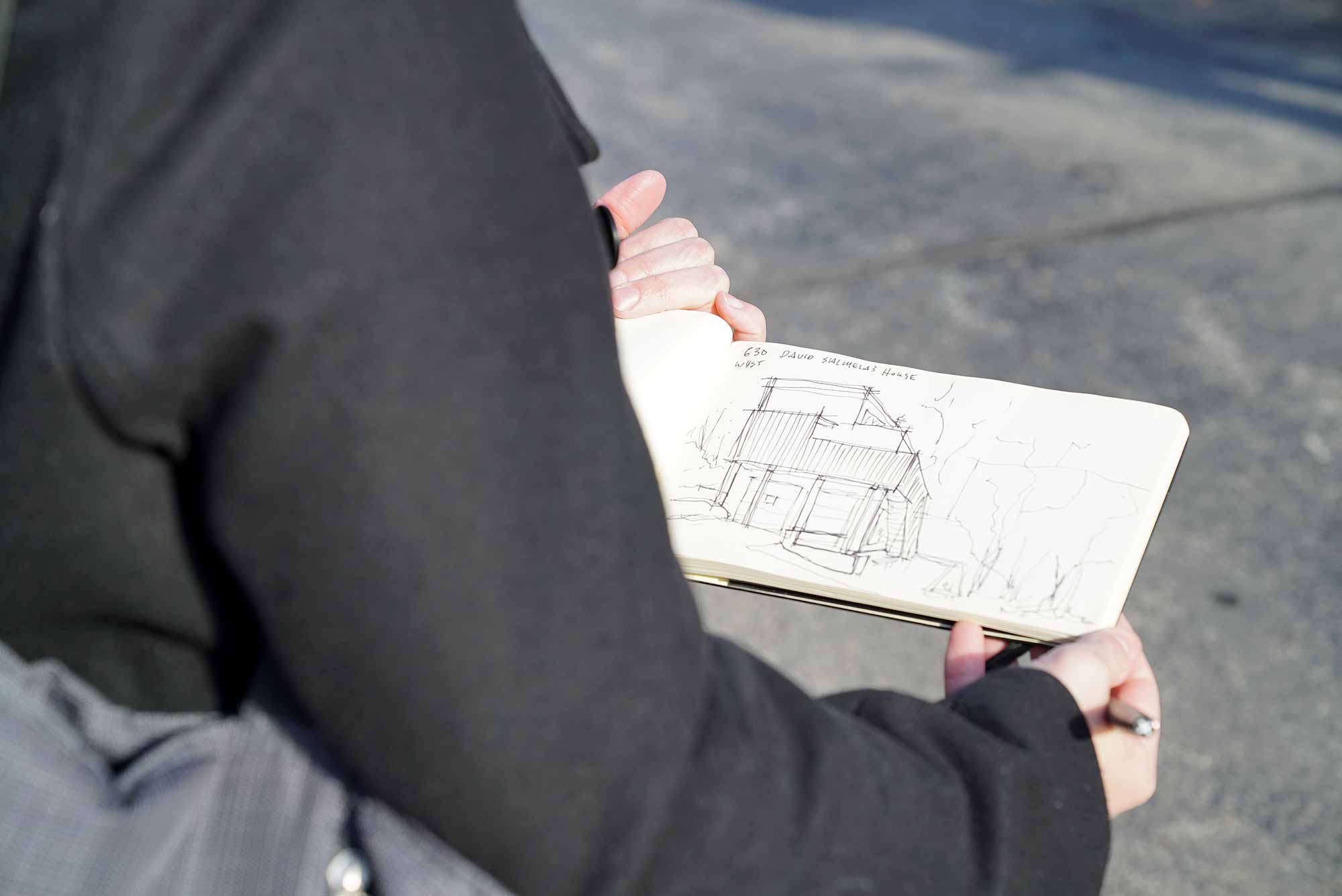 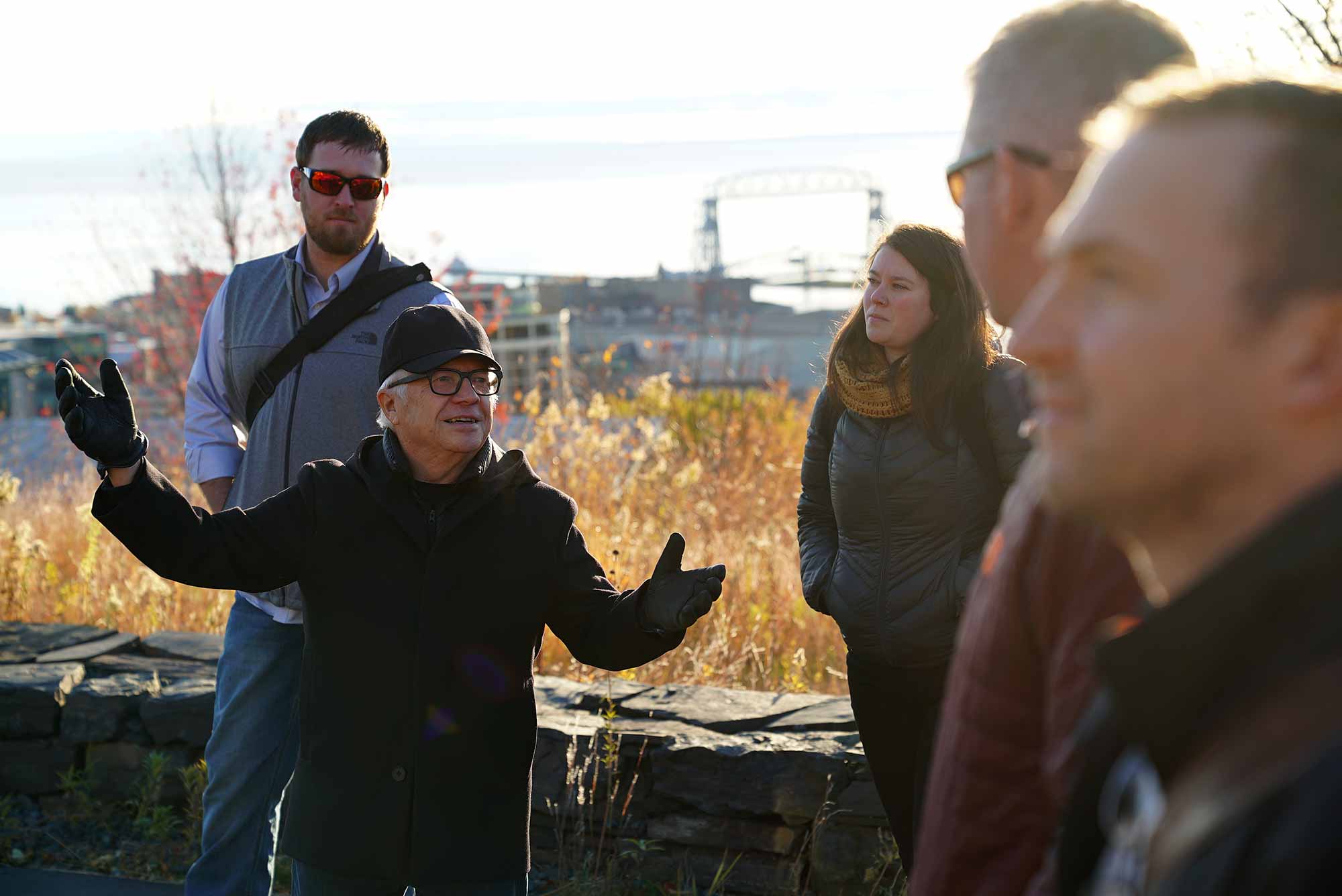 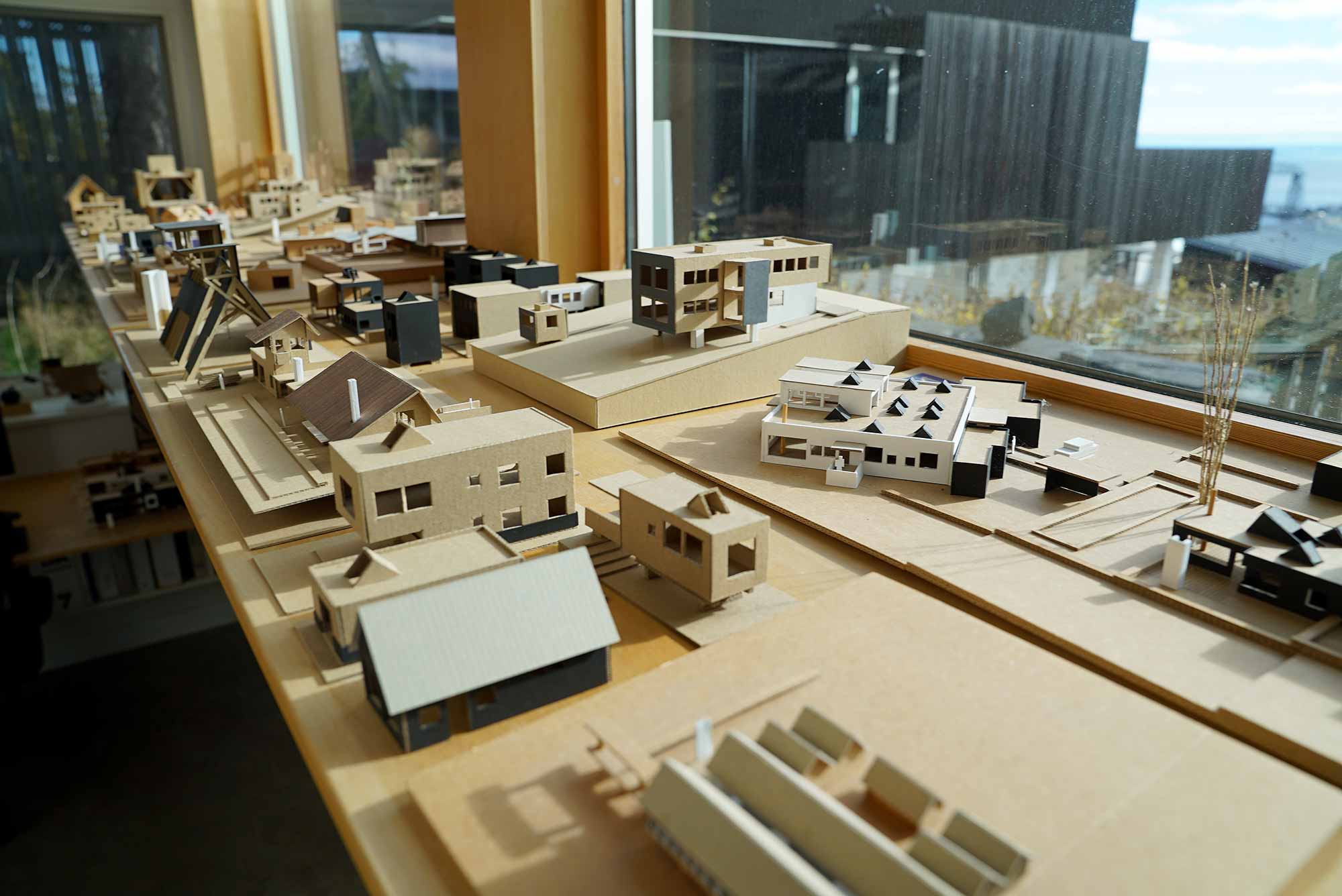 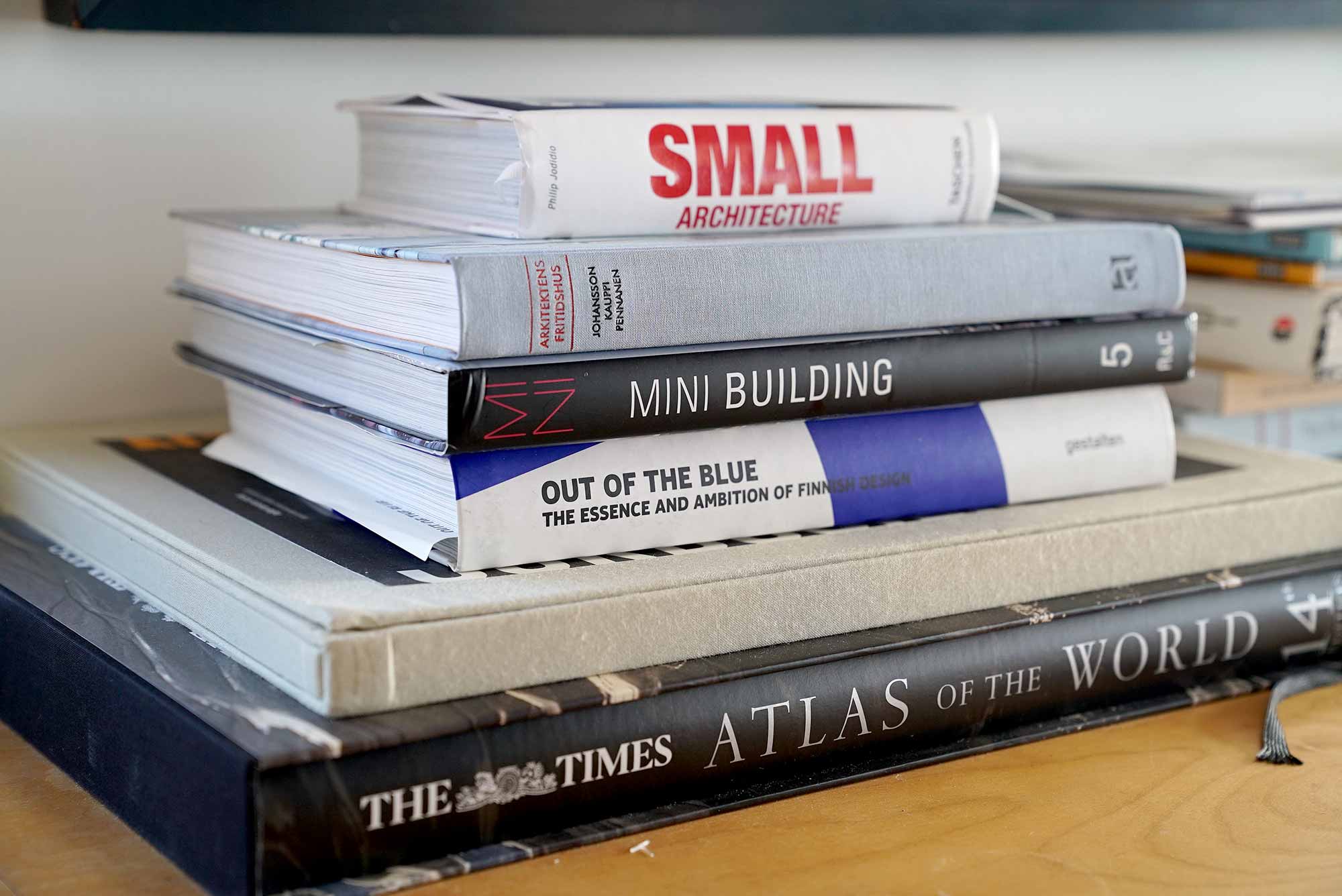 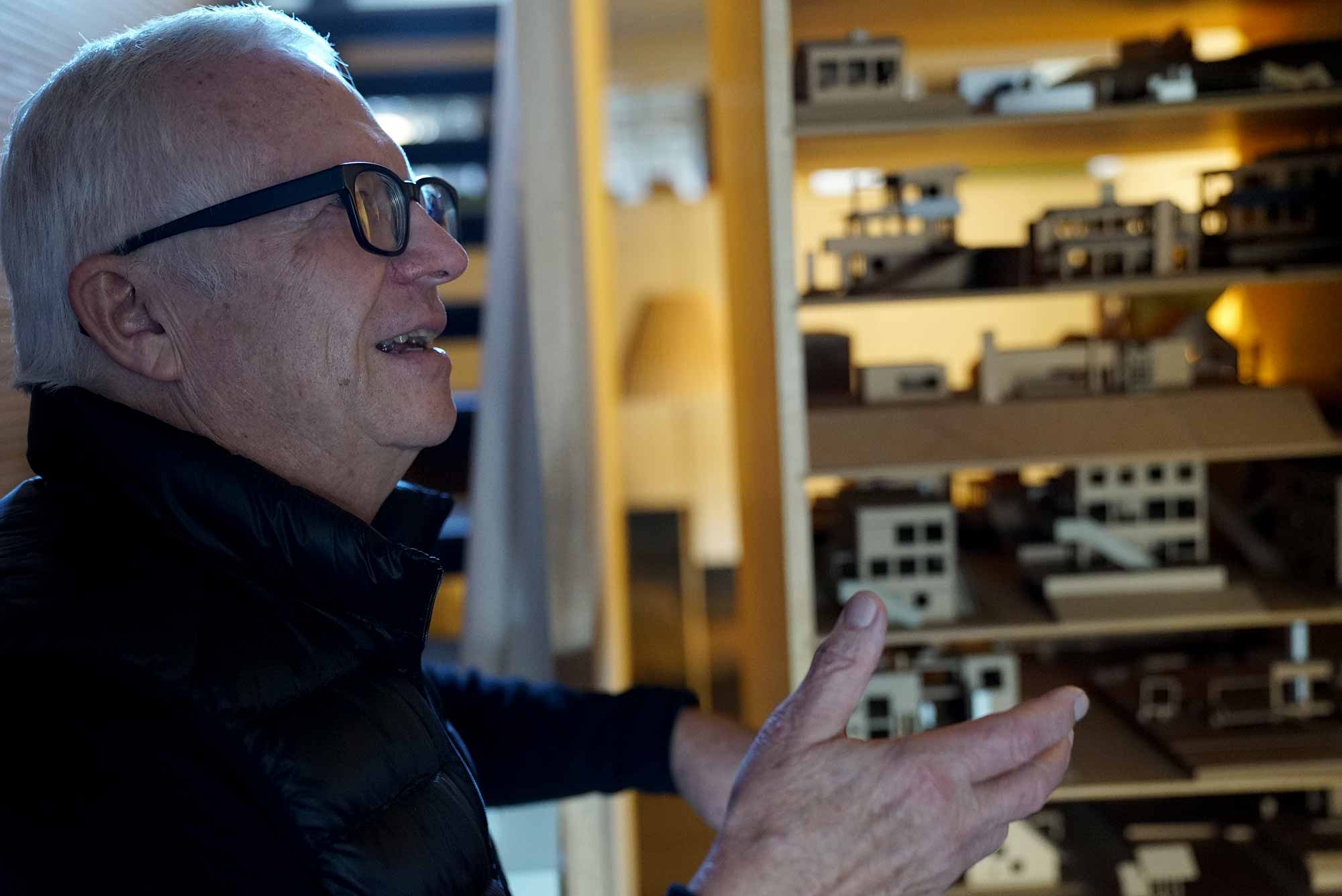 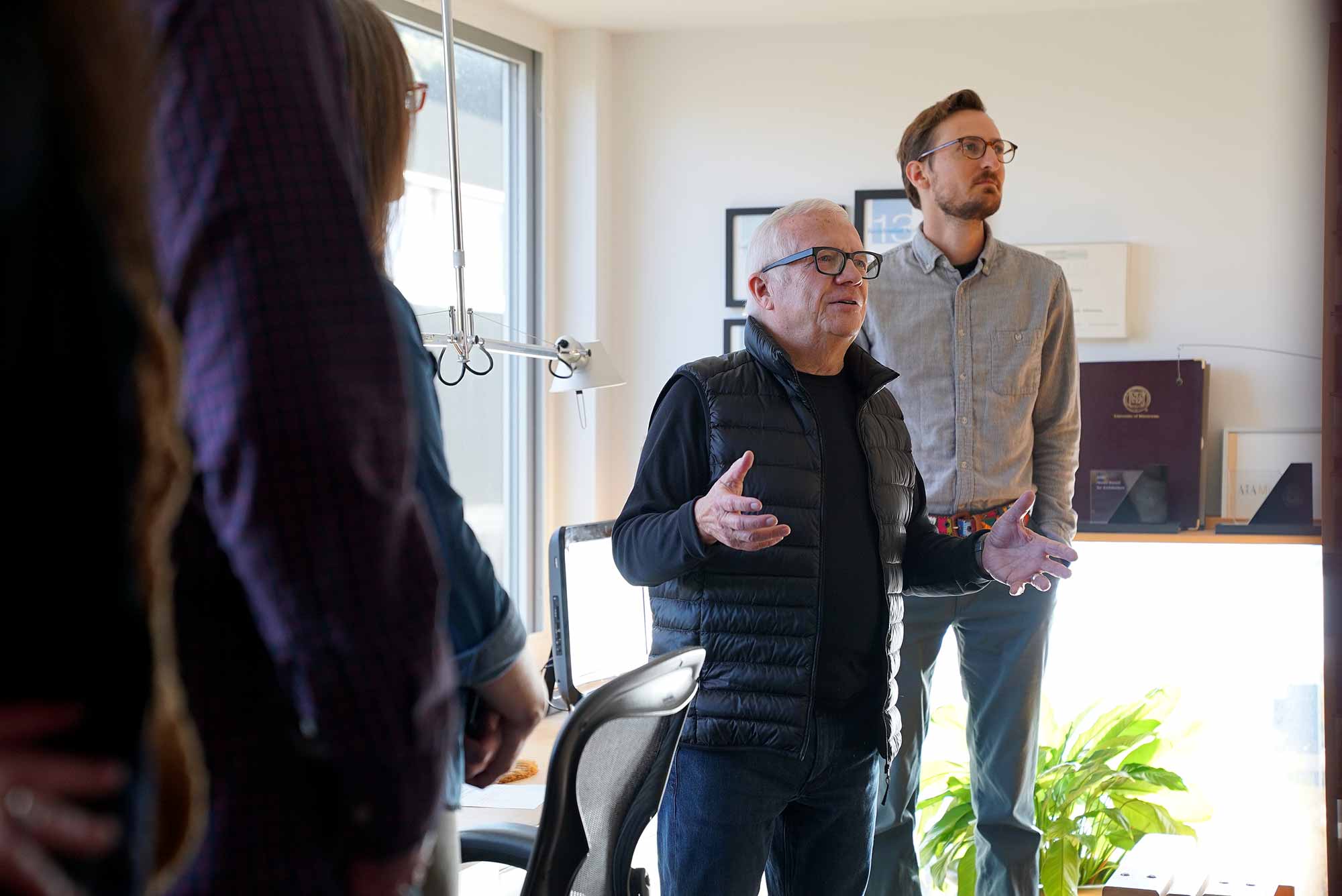 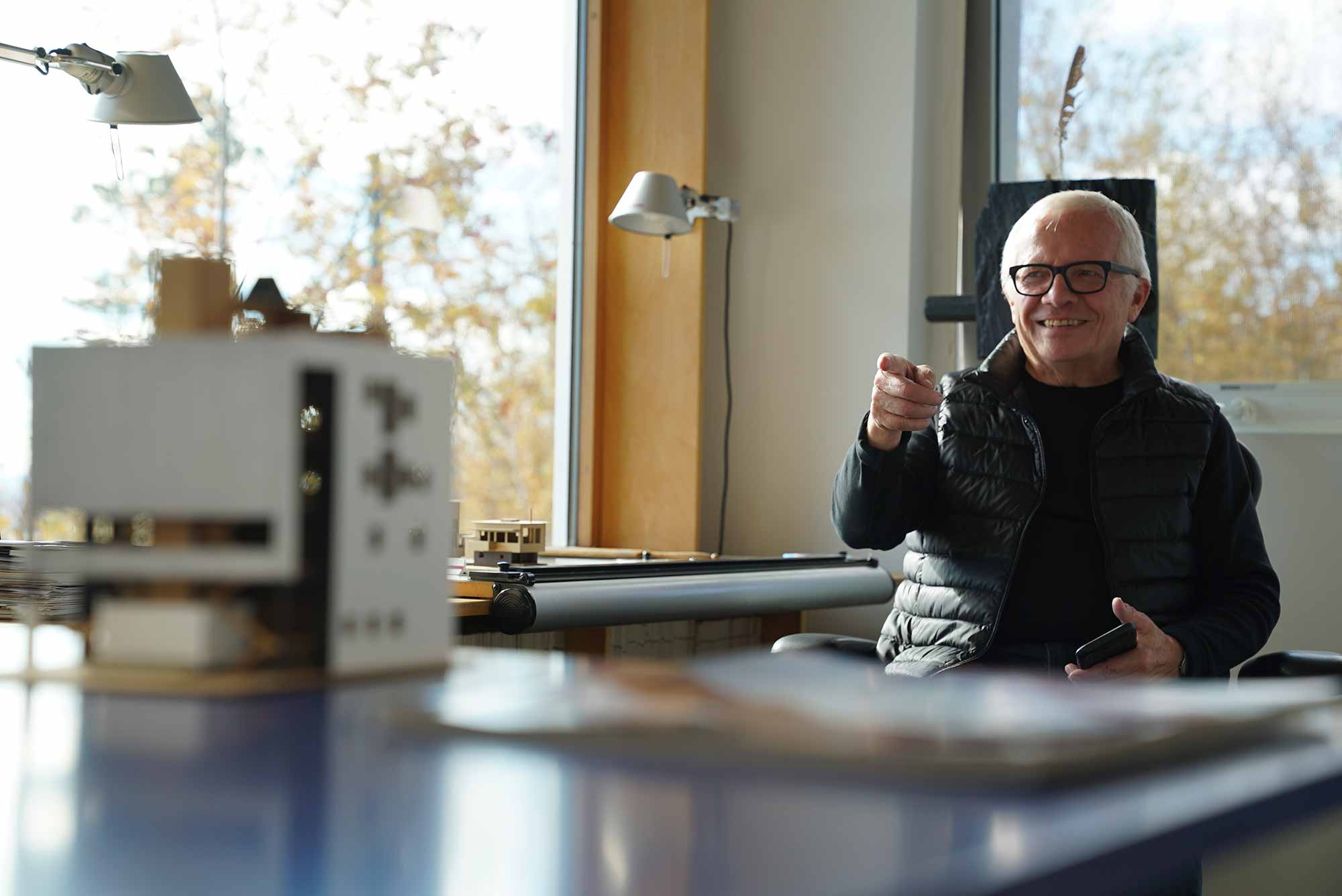 Salmela’s tour included his self-designed home/studio, and the grounds surrounding it.

The following day started early with a quick breakfast and drive to David Salmela’s self-designed home in the Central Hillside neighborhood of Duluth. An energetic Salmela met the team at the door, immediately proposing a tour of the grounds for context. He pointed out site and design decisions he’d made on several of the homes he’d designed covering this small plot of land overlooking Superior, largest of the Great Lakes. The stunning view framed Duluth’s Aerial Lift Bridge in the foreground with the coastline of Minnesota scarcely visible on the far side of Superior Bay.

His narration included material selection and landscape choices, but also ventured into his career, things he’d learned in childhood, stories of Duluth’s unique features, and many other topics. Hundreds of cell phone photos were snapped and even a few sketchbooks came out as the team listed with rapt attention.

The outdoor tour gave way to exploration of Salmela’s home — a multi-level space dominated by natural woods, views, cascading daylighting, and a frequently-used sauna with private balcony for cooling off afterward.

“Every room was calming, homey and perfectly lit for its use,” Yates said. “I couldn’t help wondering how many nights he spent lying in bed thinking about each object, its orientation, storage, lighting, views, flow, and adjacencies. It was evident each room was designed for its exact purpose, and no decision was made without a reason.”

Next was a trip into Salmela’s office and design space in the lower level of the home. Again, daylight was omnipresent, design books and magazines dotted the built-in shelves, dozens of accolades bedecked the walls, and hand-constructed models lay on much of the counter space. He spent the next several hours answering questions, sharing personal anecdotes, reflecting on his career, and perhaps more than anything, laughing and smiling. The enthusiasm he exuded for his trade is something the team noted many times in their post-trip debriefs.

The team spent the remainder of the day visiting and discussing Duluth landmarks, including the sustainability-heavy, David Salmela-designed Bagley Classroom on the campus of the University of Minnesota-Duluth. Then came the interviews for inclusion in episode one of the aforementioned video series. All in all, a long but incredibly enlightening and enjoyable day.

Koel says the trip was exactly what he’d hoped it would be, and so much more. “I couldn’t have imagined a better guy for this than David Salmela, because he’s just so genuine and honest and wants to share,” he gushed.

On what’s next for his program, Koel said: “I think the goal will be to create repetition and continue to send the message: ‘We are constantly curious and our team is on the lookout for new opportunities to learn.'” 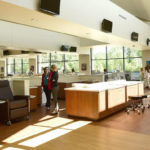 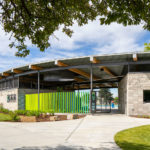