The Integrity and Client Service (ICS) Award is the highest annual honor bestowed upon a Cushing Terrell team member. Nicknamed “The Geno” after 54-year-tenured Gene Kolstad, the award is presented each December with a cash prize. Colleagues are nominated from across the firm, and the winner is judged on their excellence in three categories: honesty, compassion, and responsiveness.

Our 2019 honoree is Alan Anseth, an associate owner and project manager from Billings, Montana, with the firm for 4.5 years. He is known far and wide for his passion, dedication, and comfort level with an inordinate amount of road hours he logs traversing the state of Montana from project site to project site. He’s also a known lover of the word “absolutely” — as in, “Absolutely, I’ll get that done for you.”

Back in 2008, Cushing Terrell constructed a vision statement to help govern firm goals in the following five years. The effort was driven — and much of the language was crafted — by then-principal and project manager/architect Gene Kolstad out of Cushing Terrell’s Billings office. The list of seven goals dealt largely with issues of integrity, character, and client service. With visions of the Academy Awards and Oscar statuettes dancing in their heads, the ratifying committee dreamed up an annual award to present to the Cushing Terrell employee most exemplifying these ideals.

The accompanying trophy, “The Geno” (after Kolstad, who is noted for his commitment to the principles the award celebrates) was inspired by one of Kolstad’s passions: masonry. Hence, the large, heavy, traveling trophy features Montana-sourced travertine (from the original installation at a longtime Kolstad client, Billings Clinic) with one of Kolstad’s trowels partially embedded — an homage to the Arthurian legend of the sword in the stone. Staff in the Great Falls office built a “mini Fort Knox” (exceptionally secure) traveling case that safely moves the award from recipient-to-recipient each year.

“Half the fun of bestowing the award is discretely delivering the award case, early, to the respective office, and keeping it under wraps!” former committee member (now-retired) Ken Richardson once said.

The Geno is now presented each December to the winner of the Integrity and Client Service (ICS) Award, alongside a cash prize. A selection committee — dubbed “the Posse” — which always includes the previous year’s recipient, convenes annually to select the winner. Nominees from across the firm are listed in an evaluation tabulation spreadsheet and graded in three categories: honesty, compassion, and responsiveness. The highest score for each category is 30, 50, and 40, respectively, with a total possible high score of 120. Fellow Cushing Terrell team members complete ICS nomination forms, many with attached letters of appreciation from internal and external clients, and send them to the Posse. Their spreadsheet is then populated and the scoring begins.

Former Cushing Terrell Great Falls mechanical engineer Gary Morris was the initial recipient at the end of 2010, and the ICS Award has been presented each year since. Last year, Carl Maehl of Cushing Terrell Missoula was the winner.

Read more on the history of the concept of “integrity” on the Stanford Encyclopedia of Philosophy.

What Others Say About Alan

“Alan is probably the most unique, outgoing, passionate individual I have ever met. Alan has a passion for people and because of that, he is truly honest with his clients and they love him for it.

It’s Alan’s mission in life to serve others and make them better and it doesn’t matter if you are the janitor or the boss.

In 2018, he helped NorthWestern Energy customers secure over $2.5 million in rebates for installing energy-efficient lighting and other efficiency measures.”

“When I think of Alan Anseth, the first thing that comes to mind is customer service. In all the years I’ve known Alan, no matter what, he has gone above and beyond to ensure that my needs and the needs of my employer are met to the fullest.

I have seen him drive a long way to help someone for something small. One would ask why, but when you ask Alan, it was a simple answer: ‘That is what I promised them.’ It says it all!” 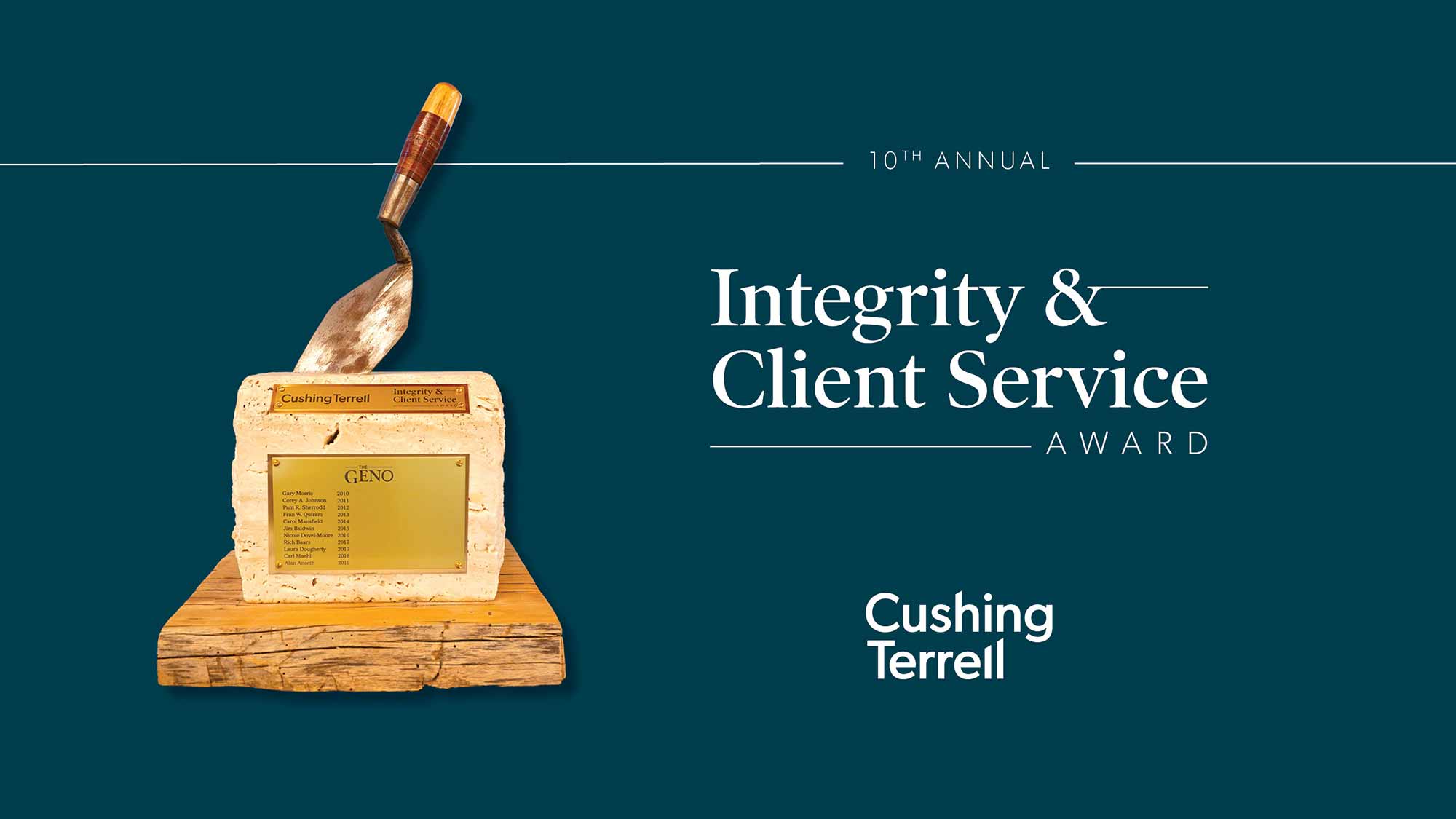 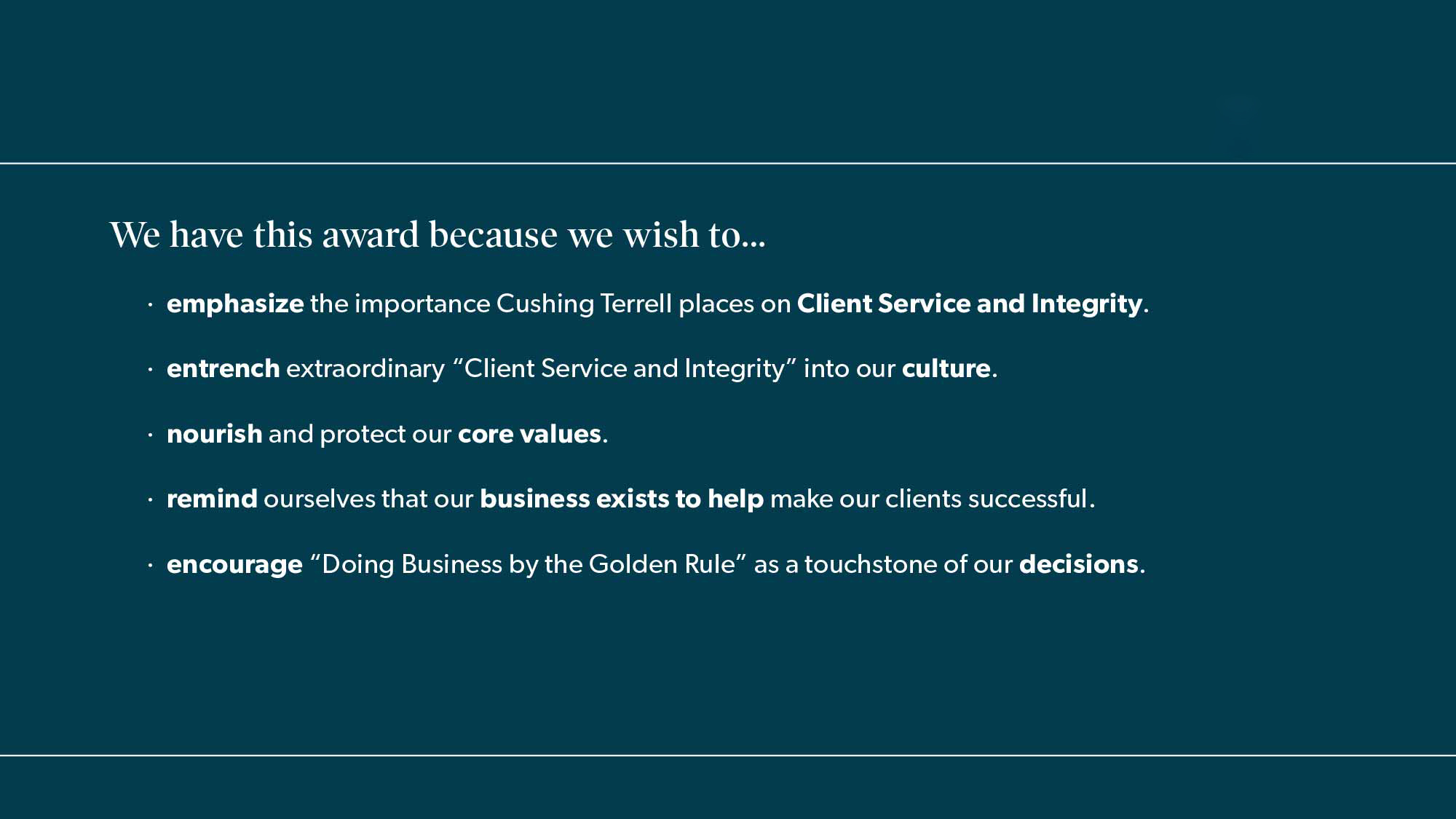 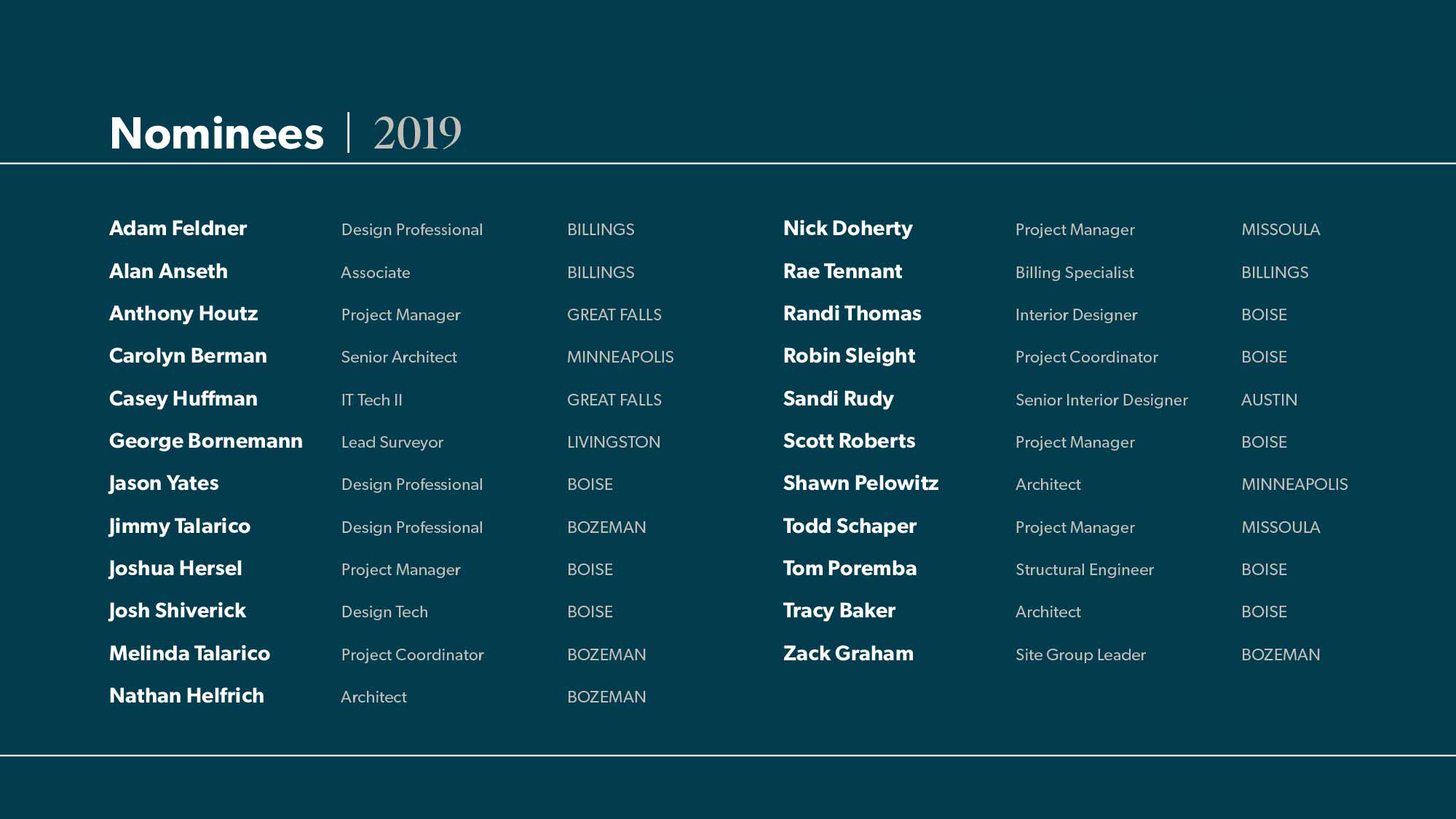 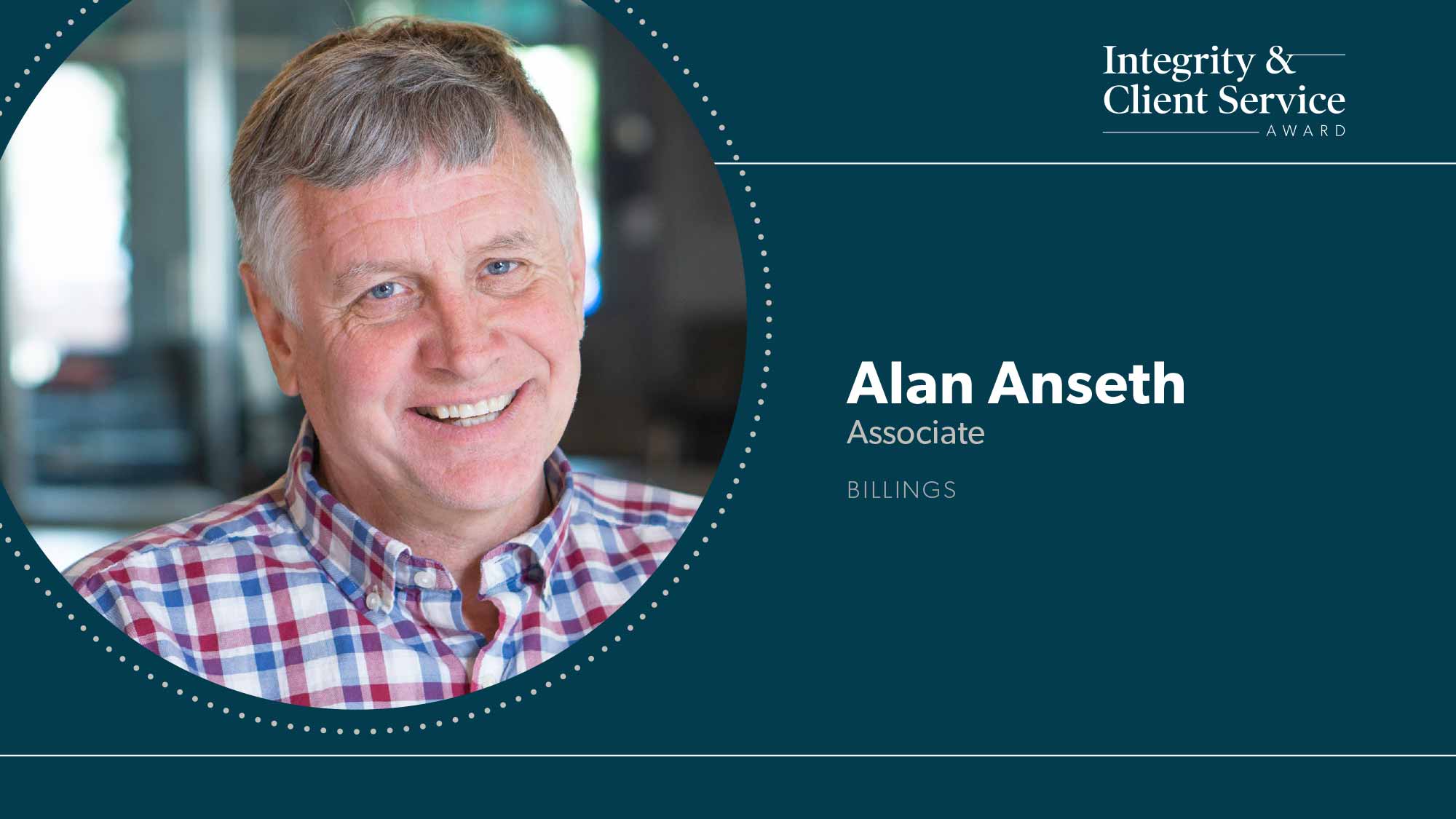 What does the ICS Award represent to you?
“The ICS Award, or The Geno, represents the qualities of a person who is one of the hardest working, caring, giving individuals I have ever met. He has given so much to the community and his friends, and it has not gone unnoticed.”

How do you feel about winning the award, and to what do you attribute it?
“To even be named in this group, after a man that has done so much, is extremely humbling and truly an honor. I have worked with Gene Kolstad in and out of the office environment on projects that have been fun and satisfying. He is truly a great friend that I will treasure forever.

As I stated on receiving the award, I attended night classes at Rocky Mountain College and the professor said to us: ‘In order to be successful in life, you need to surround yourself with successful people.’ With that being said, I would like to thank everyone that has helped me on my path to becoming successful, and I look forward to working with you in the years to come.

I also attribute the award to the long hours of trying to do the right things to ensure we have customers for life.”

You’re on the selection committee now. What will you be looking for in next year’s winner?
“As a member of this committee, I will be looking for team members that have the same work ethic as Gene, and a drive to help steer clients in the right direction to be successful with their overall goals. This individual will be a strong person who, day-to-day, represents Cushing Terrell’s business plan and supports clients and staff to make the company a better place to work.”

Alan: Your can-do attitude and superior commitment to helping clients achieve their goals has “absolutely” set an incredible example for all of us to follow. Congratulations on being named Cushing Terrell’s 2019 Integrity and Client Service Award winner. Thank you for all that you do! 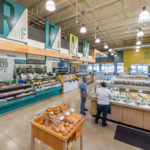 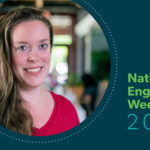