Millennials, Gen Z, and Gen Alpha are the stakeholders of the planet’s future. They consider consumption a matter of ethical, social, and sustainable concern — and this has a major impact on the future of retail.

In the second installment of our Future of Retail research, Cushing Terrell’s Retail Design Studio in partnership with Associate Professor Rebekah Matheny from the Ohio State University Department of Design, describe insights into how ecofeminism and intersectionality are affecting the future of retail design.

To best engage and connect with today’s youth generations, retailers need to understand the importance of transparency, authenticity, and a higher purpose. As the stakeholders of the planet’s future, these generations have an increased interest in sustainability, along with a greater likelihood to hold others accountable. And they aren’t all talk: They often turn to advocacy and action to address the issues that concern them most.

There’s an intersection in the ways in which youth generations express their values and their economic and ecological actions. This intersectionality should be considered heavily in discussions about rethinking retail, as each purchase will be weighed against a bigger moral picture.

Rapid societal change in recent years — and the conversations surrounding these upheavals — have led to a shift in behaviors and consumer expectations as modern social norms are being redefined. Consider the history of ecofeminism as a starting point as younger generations look for ways in which gender identity and gender fluidity factor into the sustainable consumer movement. These ideals may significantly influence how younger generations view their roles in the future of retail.

As studies have shown that sustainable consumption is not based on the biological identity of a person, but based on the gender with which they identify, we can see how changing gender identity and fluidity can break down gender-based barriers to sustainability. Gen Z in particular tends toward gender neutrality and gender inclusivity. As they tear down the gender norms defined by society, younger consumers are redefining societal perceptions through their self-expression, behaviors, and fashion.

The collective tendency to maintain some amount of ambiguity socially is something designers should both learn from and can leverage. Because eco-behaviors may not be a result of one’s genetic sex, they may be developed through a socialization process. As retail plays a major role in society and socialization, there’s an opportunity — perhaps an obligation — to help in forming these eco-conscious behaviors.

As brands embrace the significance of eco-consciousness, intersectionality, and widening expressions of identity among younger generations, what considerations should designers and retailers embrace?

Download the white paper and delve into the 2nd installment of our future of retail research. 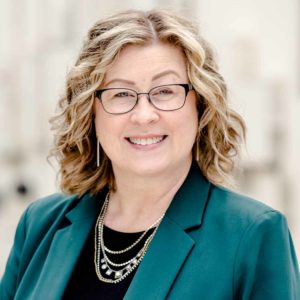 With more than 30 years of experience in retail design, associate principal Sheri Blattel co-leads Cushing Terrell’s retail team, driving thought leadership strategy and overseeing some of the firm’s largest, most complex projects for clients who include Whole Foods Market, Crate and Barrel, and H-E-B. 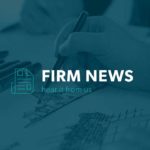 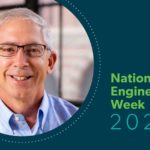