IN THE NEWS: School Board Approves Renovation Designs for Bozeman High

The school board gave CTA Architects Engineers the green light Monday night to go forward with designs the Bozeman-based architects have been working on since June. They’ll now be working with a $17.5 million construction budget to bring them to fruition.

Among the changes to come to Bozeman High is the demolition of five wings, at least 12 new teaching stations, remodeled and improved parent-drop off points and a possible third floor with classroom space.

The architects say it was important that Bozeman High had its own identity and not just be a replica of the new high school.

“We wanted to make sure that the school has the same opportunities that the new school has. It’s very different when you’re starting a new school from scratch and we wanted to make sure the school had the same benefits. Commons is a very large space that’s very important to schools — an auditorium is also very important to both schools,” said CTA Architects Engineers senior project manager Bob Franzen, who said they had been working with parents and school board members on the designs.

Franzen says among the challenges they’ll face is working with the existing building. He says it’s never easy to attach new structures in today’s building codes to old ones.

Construction could start as early as 2019, which the architects say could save the district some money. But officials say they’re leaning towards summer of 2020, when half the student population will move to the new high school, freeing classroom space and disrupting fewer students.

Click to view video coverage, including an interview with CTA’s Bob Franzen, on nbcmontana.com. 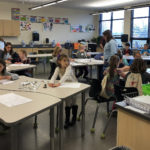 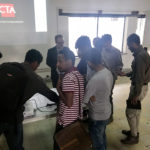