Cushing Terrell in Boise: Invested in Community, Each Other, and Fun

Hailing from diverse offices across the United States — from the mountain region to major metros — our teams showcase the very best in multi-disciplinary collaboration. Whether the expertise comes from one location or multiple, we work with our clients to design responsible, imaginative, first-of-their-kind environments. For a little local flair, we’re highlighting our office teams, showcasing their capabilities and culture.

It was 1966. Twenty-seven years after our firm opened its first office in Billings, Montana, a new two-year college was preparing to open in Twin Falls, Idaho. A pair of then-principal firm owners, Ed Jones and Bob Fehlberg, had secured work on the inaugural master plan for College of Southern Idaho (CSI) after an introduction to the school’s leadership via the director of the local chamber of commerce. Would it be feasible for the design team to regularly commute from Billings to Twin Falls? Not really. Hence, our third office was born — temporarily dubbed “Jones & Fehlberg” to adhere to local law requiring all partners be licensed in Idaho.

By 1975, with obvious growth occurring in Idaho’s capital city 130 miles to the northwest, the office was strategically relocated to Boise. We’d completed several projects with CSI by this time — and our partnership with the college remains one of our longest, spanning four master plans and more than a dozen buildings. Our Boise office primarily came into being due to our relationship with the College of Southern Idaho. Our work providing architectural services for this client goes back more than 50 years.

Until engineering services were established in Boise in the early 1990s, the office’s future remained hazy. Staffed by only three individuals at the time, architectural project manager Dave Turner took over as principal-in-charge in 1992. An influx of engineers — including Scott Wilson, a Billings transfer and young electrical draftsman who would later become an electrical engineer and (current) president of the firm — jump started Boise’s trajectory. Today, the team numbers nearly 90, representing more than 10 specializations, including architecture, interior design, landscape architecture, and a full complement of engineering.

Since 2014, our home has been the eighth floor of Eighth & Main in downtown Boise, a building for which our team designed the shell and core. “Bringing our current Boise workplace to life was a study in balance — meeting our everyday needs while pushing boundaries and exploring what the ‘office of the future’ could be,” says interior designer Randi Thomas. She spearheaded the design process for the office. “We intentionally took risks to flex our design muscles and create something characteristic of the team here.” We not only have our own gallery space at our office in Boise, we host a number of events with local partners, including ULI, Leadership Boise, the University of Idaho, and Preservation Idaho, among many others.

“The whole team participated in active brainstorming, and those discoveries led to some of our most prominent features, including: preserving the ‘best’ corner as a café for enjoyment by all, designating the perimeter as a walkway so daylight and views can be shared, and including art walls (Gallery CTA) to bring visitors into our space,” she noted.

The Boise team prides itself on being “invested.” (Also: adaptable, approachable, collaborative, dedicated, joyous, and adventure-seeking, per a recent survey). Investment occurs in the work, each other, the local community, the outdoors, and simply having some fun every single day. This group rallies for support of local non-profits, group activities (often bicycle-related), borderline obsession over May in Motion, and a raucous annual holiday party. We also commit heavily to Leadership Boise, Boise Young Professionals, and the Boise Metro Chamber. 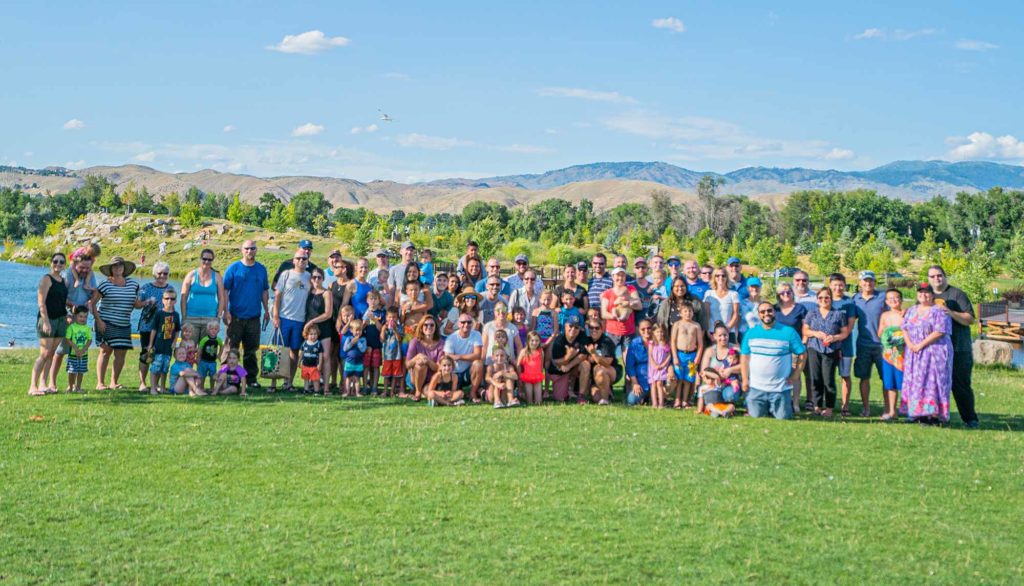 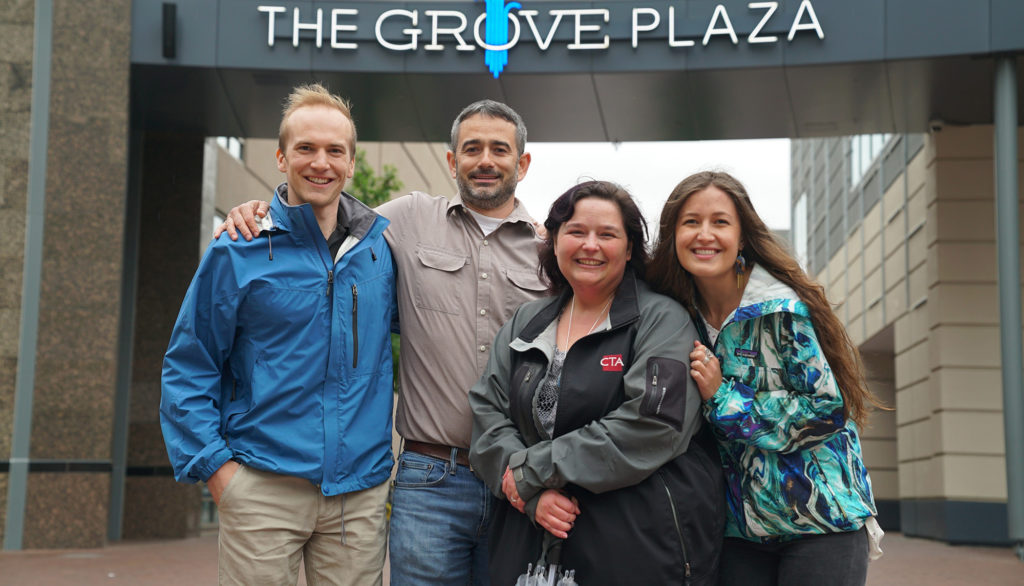 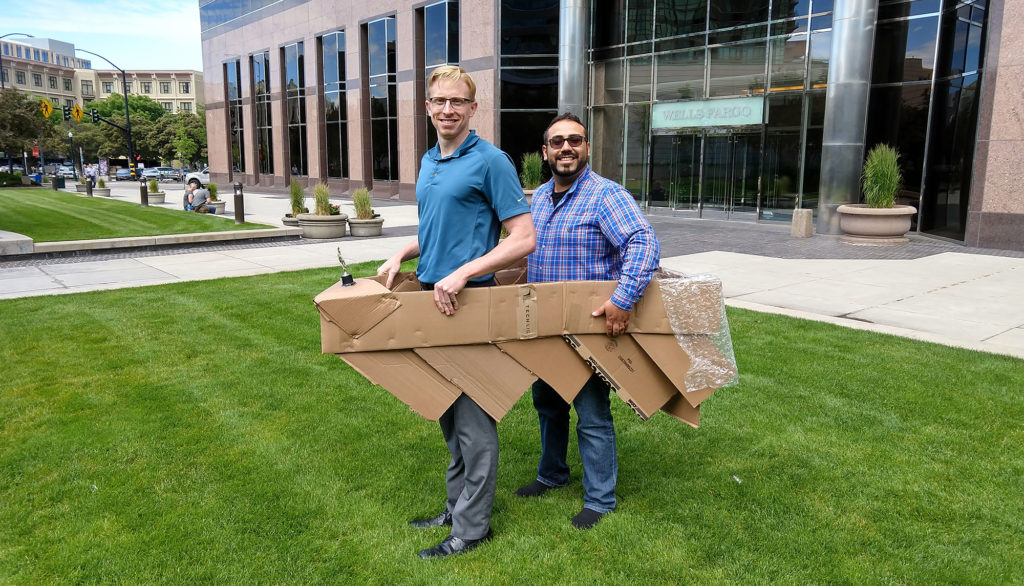 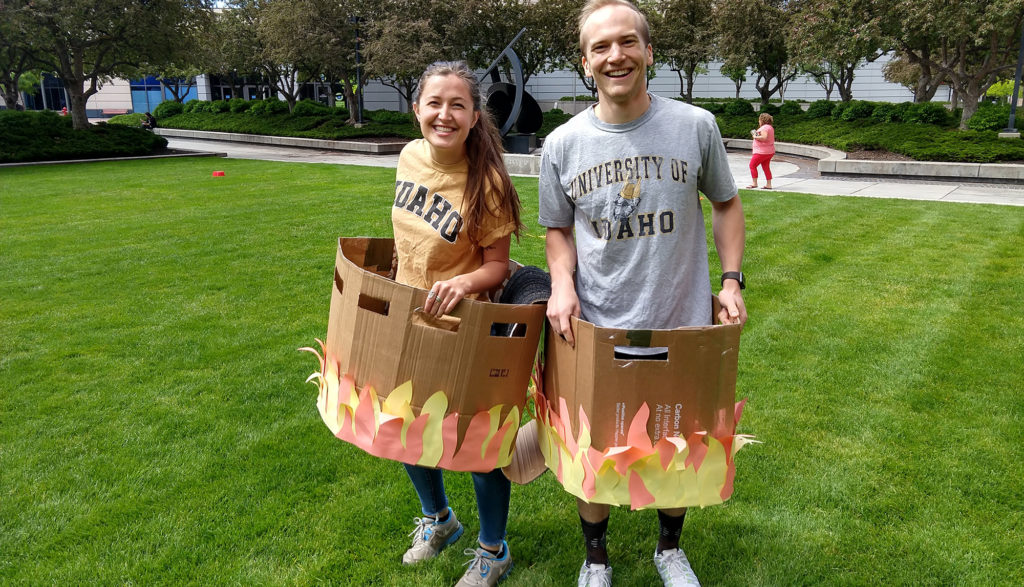 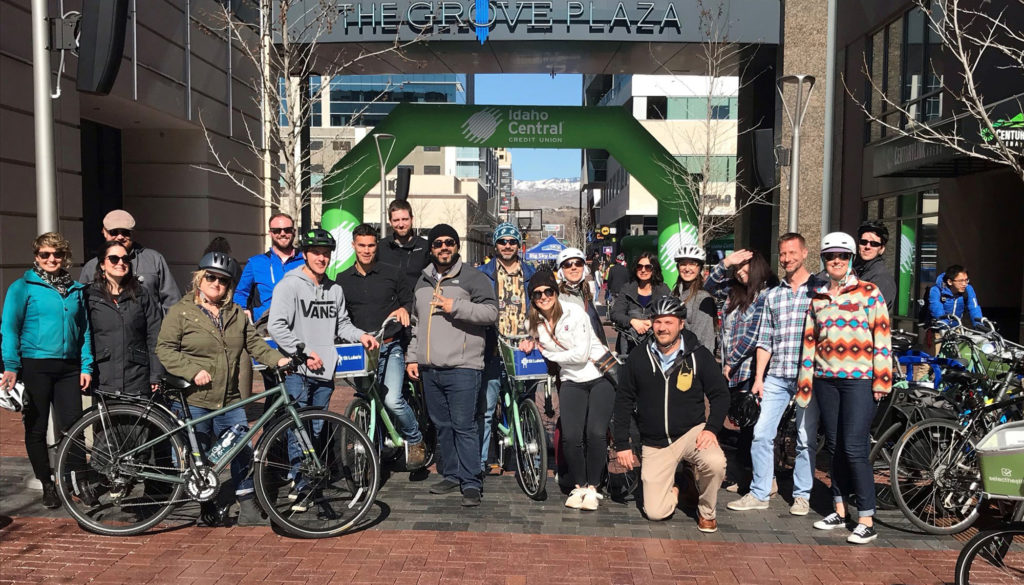 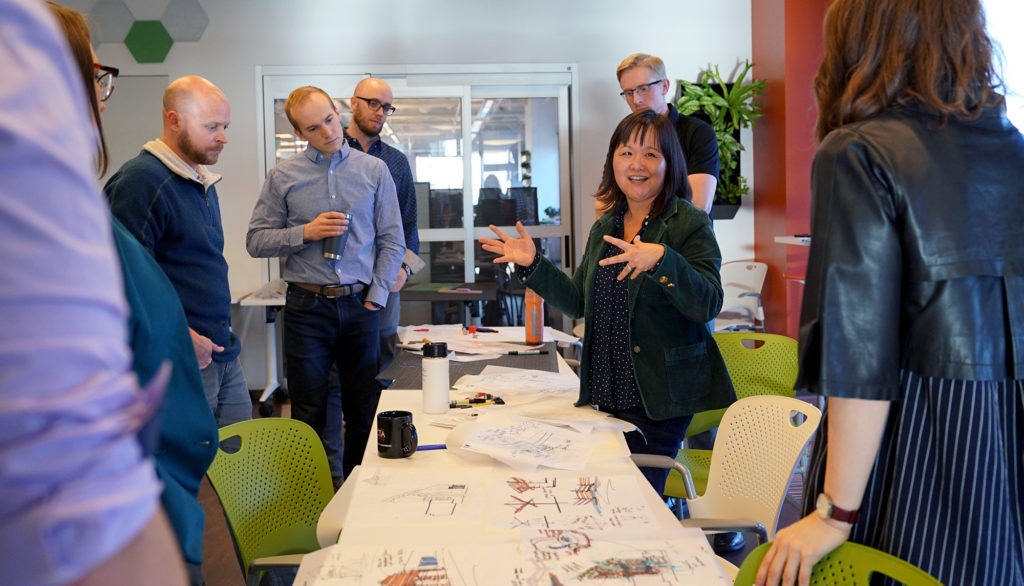 The Boise team takes full advantage of friendships, family, and the amazing recreational amenities the city offers. Each year, team members participate in May in Motion, bringing home platinum awards for the last 12 years. Additionally, we were recently named the 2019 Best Next Generation Workplace by Boise Young Professionals.

With a firm commitment to communication and technology, as well as to capitalize on our diverse, multi-disciplinary expertise, team members are counted upon to collaborate across geographies. Boise has become a vital office (second largest) as all six of our primary markets are supported by team members working from here, and at least one leader from five of those markets is here, too. One of the team’s recent projects was the renovation of Tenth and Main in downtown Boise. The award-winning, mixed-use project revitalized the city block with commercial and retail space, attracting people and creating a destination.

What’s on the horizon? Office manager Jason Butler says: “A focus on responsible growth that benefits our city and region.” He also sees inroads with many potential new clients in the area, and deepening relationships with existing clients and partners. A now-retired Turner, who still visits the office a few times each year, says he’s thrilled to still see deep and meaningful relationships with clients and construction partners, but also with each other. Yet there’s still untapped potential, he emphasizes: “The sky’s the limit.” 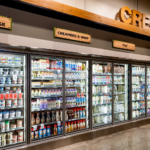 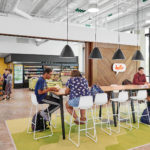