Congratulations to Our Newest Associates!

We recently named 11 team members as associates, recognizing their contributions to CTA, our projects, and our communities. These individuals are explorers and innovators, driving our business forward by supporting our culture, building successful teams, and focusing on continuous improvement. They demonstrate leadership while advocating for and recognizing others. They’re active with both professional and charitable organizations, and treat all within their sphere with the utmost respect.

Take a few minutes to learn more about each of them.

Alan joined Cushing Terrell four years ago and represents the firm in the E+ Business Partners Program with NorthWestern Energy. He works with clients to implement energy saving measures and projects, while offering additional services Cushing Terrell can provide as a multi-disciplinary A/E firm.

Previously with Yellowstone Electric Co. for nearly 30 years, Alan was an owner of the company for five years. Additionally, he worked in the field as an electrician for 10 years, later “moving into the office” to provide estimates and manage projects.

Alan has a degree in electrical technology and business management, and this dual background has served him well in his current position. He prides himself on helping our clients find cost-effective solutions that enhance their operations and increase their bottom lines.

He enjoys hunting and fishing, but most often you’ll find him helping his family and friends by doing odd jobs and fixing things. He’s served on the boards of the Billings Builders Exchange, Zoo Montana, the Montana chapter of the National Electrical Contractors Association, and Moss Mansion.

Dawn is a senior interior designer in Billings and leads our interior design service sector for Montana. She’s been with Cushing Terrell for nearly 15 years, and her current focus is healthcare facility design.

“Although I love working on all types of design projects, healthcare projects have additional rules and considerations that I find challenging… and I’m always up for a challenge!” She says she especially enjoys getting to know each client and working hand-in-hand with them throughout the entire project, from developing the initial concepts to a facility’s opening day.

Moving forward, she’s excited to help further the development and expansion of the firm’s interior design practice, collaborating with her talented colleagues from across our 14 offices.

When she’s not designing amazing spaces for our clients, she likes to hike and bike with her husband, Scott, and their 10-year-old daughter, Olivia.

Greg is a senior electrical project engineer with more than 40 years of electrical, mechanical, and fire detection experience. He joined Cushing Terrell two years ago, and in that short time, has shown incredible value as a team and project leader.

Contributing to our multi-disciplinary approach, Greg began his career in architecture, but shifted early on to MEP fields (mechanical, electrical, and plumbing). He currently leads the Denver MEP department, supporting projects across markets.

Greg is passionate about mentoring, noting the importance of “teaching each new generation, as they become tomorrow’s leaders.” He’s actively involved in training electrical interns and recent graduates, and says: “My greatest satisfaction is being able to share my knowledge with a group of young professionals who’re willing and eager to learn.”

In addition to engineering, Greg’s background includes extensive forays into aviation (he holds a commercial pilots license and operates his own plane); archaeology (he specializes as a lithic tool analyst); and art (he combines his architectural and archaeological skills to create detailed renderings of ancient Pueblo structures of the southwest).

Jason joined Cushing Terrell as an intern in his third year of college and went from building physical and virtual models to serving as a lead designer in the Boise office. Twelve years on, he works directly with clients to turn their unique visions into reality.

His work has covered high-profile projects in the Treasure Valley, touching almost every market we work in: commercial, education, retail, healthcare, and residential.

“I love the creative and exploratory nature of what we do. There’s seldom just one answer to a design problem, and it’s our job to search out the best option, arriving at a solution that’s not only functional, but beautiful.”

Jason likes working with his hands, doing home improvement projects to create a better environment for his family. Like many of our team members, he also enjoys the outdoors, participating in activities such as disc golf and fishing, and traveling to witness first-hand great architecture all over the world.

John is a project manager and senior refrigeration designer with 24 years of experience in commercial refrigeration, product development, and manufacturing. He’s been with Cushing Terrell for three years, working with a variety of clients to develop refrigeration solutions that meet their unique needs and circumstances.

John has contributed to projects in the United States, Canada, and Central America, and has expertise that comprises both standard designs (HFCs) and those that utilize more advanced refrigeration technologies (CO2). His work has primarily been in retail and commercial, and has encompassed large, high-profile clients.

Outside of work, John enjoys DIY projects for family and friends. He and his wife also like to travel and explore new places. John is a huge sports fan, both football and basketball, and you’ll find him rooting on his favorite teams, the Atlanta Falcons and Greenbay Packers. As one of his next pursuits, he plans to learn Spanish via Rosetta Stone, which will prove handy during his travels.

Nick lives in Billings, but spends most of his time chasing projects in the California Bay Area and Austin, Texas. His pursuits are focused on the commercial design market, supporting many great tech clients, such as Dell and Google. Approaching eight years with Cushing Terrell, Nick enjoys walking clients through an interactive design process that highlights their unique brand identities and exercises the firm’s design capabilities.

While Nick travels around the country for work, you’ll rarely find him sitting still at home. He prides himself on time well spent in the outdoors with friends and family: his high school sweetheart, Becca, and sons Tucker and Wyatt. Whether it be on a mountain peak or walking a sagebrush flat, Nick and his family take full advantage of Montana’s natural beauty.

Nick also finds time to give back to the community and volunteers for several organizations, while continually seeking out opportunities to create positive change. Most notably is his redesign of the annual Cushing Terrell Golf Classic. Previously a long-standing office get together, it has since transformed into a 120-person event with the goal to raise $60K in just five years.

Randy is a regional and national business development representative based in Missoula. Most recently, he’s been part of the Cushing Terrell team for 13 years, but also started with us at the very beginning of his career. We just couldn’t let him go!

With more than 25 years as a sales and marketing professional, Randy worked for Fortune 500 companies, such as Gallo and Diageo UK/US, before returning to his roots in Montana to help Cushing Terrell identify and build relationships with exciting, new clients.

“I don’t take being named an associate lightly; it’s a great responsibility and the framework in which staff will continue to demonstrate leadership for decades to come. From working for Cushing Terrell as a young person, to the years I’ve been blessed to be here as a professional, I believe Cushing Terrell is my destiny. I plan to continue to do my part to develop strong teams and client relationships.”

In his spare time, Randy enjoys being in the great outdoors, golf, lake time, and trucking around his son and daughter for all their sporting and social events. Randy also took on a little adventure, recently becoming an author and publishing his first children’s picture book, “A Dog Gone Tale,” found on Amazon.

Sandi is a senior interior designer in our Austin office. She’s been with the firm for five years, and her focus is on commercial interiors, space planning, and project scheduling.

Sandi grew up in Kansas where she could only see the roofline of her closest neighbor and spent the majority of her childhood roaming through the woods with her brother. In high school, she did a research paper on how color effects mood in interior design and subsequently re-designed her bedroom based on the research. This was the beginning of her interest in the psychological and sociological effects of interior design.

“I love exploring how humans are impacted by the designed environment,” she explains.

She received a bachelor’s degree from Kansas State University, where her design classes focused on the behavioral impacts of the built environment. She moved to Austin after graduating and has been working on commercial interiors and higher education design since 2005.

Her personal time is spent with her teenage daughter, young son, and husband, who also works in architectural world.

Going on five years with Cushing Terrell, Shawn is a government market sector lead and the manager of our Minneapolis office.

With 12 years spent working as a civilian for the Naval Facilities Engineering Command and the U.S. Army Corps of Engineers, Shawn is well-traveled. He’s worked and lived in places as diverse as Whidbey Island in Washington State, Germany, Bosnia, Iraq, and Northern Africa.

In addition, Shawn worked for the General Services Administration in Washington before joining Mortenson Construction in Minneapolis, which eventually led him to Cushing Terrell.

“My career has been incredibly varied in terms of locations and client needs, but the thing that remains constant is the need to ensure high-quality, cost-effective projects that support critical federal government infrastructure and services. I like to bring a no-nonsense, yet down-to-earth approach to project management that empowers teams to not only get the job done, but to perform to their best abilities.”

In his spare time, Shawn enjoys getting outdoors, camping in his hammock, and convincing fish to take what he’s offering.

Sky is an architect in our Bozeman office who gets great satisfaction from being involved in each phase of a project, from conceptual design through construction administration. She has 12 years of experience with Cushing Terrell and enjoys the multi-disciplinary, collaborative nature of the firm’s work.

Sky primarily supports projects for our education and commercial design studios, but is often pulled into other projects due to being adept across markets and keen on variety.

“Design is integral to each phase of a project. I believe an excellent design response is uniquely tied to understanding each project’s place, purpose, and program.”

Also an artist, Sky paints and draws and sees art as key to architecture. Her passion for drawing is reflected in her work. “There’s something romantic about the hand sketching process to convey an idea.”

In her free time, she spends time creating art, volunteering, and spending time outdoors at the lake and in the mountains with her family.

Zach primarily manages the firm’s structural engineering work for clients in the northwest region of Montana, but is also called upon to support Cushing Terrell offices in other states. His work spans a wide variety of markets, including education, commercial, healthcare, government, multi-family and custom residential projects.

Born and raised in Kalispell, Zach graduated from the University of Wyoming in 2000. After graduation, he and his wife headed out to the Pacific Northwest to work in the Seattle/Tacoma, Washington area. They stayed there for five years before returning home to Kalispell in 2005.

Before joining Cushing Terrell in January of 2016, Zach worked for a structural consulting firm for 10 years where a significant amount of his work just happened to be with Cushing Terrell. Zach says he aims to bring a creative, can-do attitude to all of his projects.

Zach and his wife have six boys, and they stay entertained chasing them around and taking them to their various sports and outdoor activities. 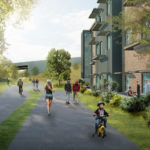 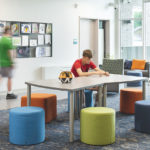