An Energy Expert Answers the Question: What Is Carbon Neutrality?

Big companies and organizations have been in the headlines lately as they make carbon neutral pledges, publicly stating their commitment to slowing the effects of climate change. These goals are admirable, but are they attainable? And perhaps equally importantly, do we really understand what it means to be carbon neutral?

In the building industry, the carbon conversation has been ongoing for years, and those who study carbon emissions are keenly aware that the built environment is a major contributor to a warming planet. Organizations such as Architecture 2030, the American Institute of Architects, Carbon Leadership Forum, and the American Society of Heating, Refrigerating and Air-Conditioning Engineers are working toward common definitions and standards as it relates to carbon emissions, but in the meantime, as we seek a universal standard, there are meaningful steps we can take toward carbon reduction now — and eventually, carbon neutrality.

As an engineer immersed in energy modeling and research, the carbon issue is always on my mind and a big part of my work. In this blog post, I hope to clear up some common misconceptions about carbon accounting methods, as well as lay out reduction strategies, define commonly used terms, and get you on your way to reducing the carbon footprint of your own project, building, or operations.

The basic idea of carbon neutrality is offsetting all carbon emissions through renewable energy or carbon sequestration. However, there’s debate about what should be included when it comes to calculating emissions and offsets.

Establishing the Boundaries for Calculating Emissions

In the absence of a standardized definition of carbon neutrality, each organization is allowed (or obligated) to determine where to draw their own accounting boundaries and methods for offsetting emissions. Thus, it helps to first understand the concept of carbon neutrality before choosing how it should be calculated. The basic idea of carbon neutrality is offsetting all carbon emissions through renewable energy, sequestration, or the removal of carbon. However, calculating the balance isn’t as straightforward as it sounds given how and where the emissions occur.

Scope 3 emissions are the most difficult to quantify as they include emissions from the supply chain, such as material harvest and transportation, business travel, waste generation, investments, and processing. The most common Scope 3 emissions category included in building analyses is embodied carbon.

When establishing carbon reduction targets, all three scopes of emissions need to be considered.

Once an organization determines their boundaries for calculating emissions, methods of offsetting these emissions must be evaluated, weighing the pros and cons of each option. For example, the use of renewable energy is a common method of carbon reduction, but the location and transmission of that energy must also be taken into account. You’ll want to determine if the renewable energy generated off-site and transmitted to your location is as valuable as the energy that could be generated on-site.

Another option is purchasing carbon offsets to match a facility’s carbon footprint. This puts money toward renewable energy, forest management, and other strategies — but these offsets generally occur at a remote location.

Other carbon offsetting methods may include capturing and destroying gases that would otherwise end up in our atmosphere. Burning methane from landfills or farm waste are good examples of carbon capture, or relying on plants to naturally capture carbon dioxide by investing in sustainable forestry.

For years, the building industry has been aware of the impacts of the built environment on greenhouse gas emissions. Buildings generate nearly 40% of annual global CO2 emissions — and of those, building operations are responsible for 28% annually, while building materials and construction are responsible for 11% annually. (Source: Architecture 2030)

As business owners, facility managers, or those in the development and design community, it’s crucial to know we have options for reducing carbon emissions that can be actioned immediately and with relative simplicity. For example, Architecture 2030 initiated it’s challenge in 2006 with a goal of net zero carbon emissions by the year 2030. Rather than going through the complicated calculations associated with carbon emissions, this challenge uses energy as a surrogate for emissions. While this doesn’t paint the whole picture, energy efficiency and renewable energy production are still the most effective methods of reducing carbon emissions in our buildings.

Energy Efficiency. In many cases, buildings can be designed to reduce energy consumption with very few upfront costs. Similarly, existing buildings can often save substantial amounts of energy with little capital investment. Energy modeling and benchmarking are effective tools for identifying and prioritizing efficiency opportunities for both new and existing buildings.

The electrification of buildings is another strategy for carbon reduction, which means eliminating fossil fuel combustion from equipment such as water heaters, kitchen appliances, and HVAC systems. While the practice is sound, it’s important to consider where the power comes from as there are cases where electrification can result in increased carbon emissions. For example, when we factor in the source of the power and the losses associated with generating that power — at this time, in most areas — burning natural gas directly actually results in less carbon emissions than using electric resistance heating. This means, when we electrify appliances with electric resistance heat, we’re making a bet on the power grid increasing renewable energy production within the life of the purchased equipment. The good news is that in many locations, there’s been progress toward increasing renewable energy contributions to the electric grid, but in some areas, the improvements have been more gradual.

Tools like the EPA’s Power Profiler can help us understand our local electric grid and the mix of energy sources. According to the Profiler, about 17% of our nation’s power comes from renewable sources and the remainder comes primarily from gas and coal. The fuel mix varies widely between regions, so a key step is to check your local utility and region.

One option for reducing carbon emissions through electrification is using heat-pump technology for heating systems. This system uses the refrigeration cycle running backward to transfer heat from a heat source (often outside air) to the indoors. Depending on the heat source, this type of system usually uses one-third or less of the energy of electric resistance heat and subsequently results in significant greenhouse gas reductions in most electric grids.

Renewable Energy Production. Once we reach a practical limit for energy efficiency in our buildings, the next step is looking at how to implement renewable energy to offset energy consumption and GHG emissions. In most cases, solar photovoltaic (PV) is the most cost-effective source of on-site renewable energy, but solar thermal, wind, biomass, or geothermal resources also may be viable options, depending upon location. For more of a deep dive into the on-site solar option, see Cushing Terrell’s Solar Integration Design Guide.

A common misconception about solar energy is that the panels require more energy to produce than they generate. While it’s true solar panels require a high energy input in manufacturing, the energy generated from these panels offsets the embodied energy in roughly two years, depending on location.

With the right combination of energy efficiency measures and renewable energy generation, net zero energy can be achieved, but to achieve true carbon neutrality, Scope 3 emissions — including embodied carbon — are a critical consideration. Scope 3 emissions are generally associated with supply chain, travel, and commuting and vary widely from company to company.

The term embodied carbon represents the idea that the materials we use have an environmental impact in their extraction, maintenance, and eventual disposal. In the context of building design and construction, these Scope 3 emissions can have a big impact. For example, the steel used in sheet metal must be mined, manufactured, installed, maintained, demolished, and disposed of, and in between each of those processes, transportation occurs from one location to another. Even lumber, which generally is considered to sequester carbon, still requires energy between harvest and use in a building.

At a glance, these steps may seem hard to quantify, but it’s possible to understand the impacts of embodied carbon on a building’s overall footprint by way of a life cycle assessment. This type of analysis uses information from Environmental Product Declarations to estimate the cradle-to-grave impacts of materials. In general, materials such as concrete and steel are high embodied carbon materials and can be targeted if you’re looking to reduce carbon emissions.

While exact definitions and standards for carbon neutrality are being fleshed out, there’s work that can be done now to move the needle on reducing a building’s overall emissions and impact on the environment. To achieve true carbon neutrality, all three emissions scopes need to be considered, but we shouldn’t let that hold us back from getting started.

A good first step is to work with energy modeling and systems design consultants like those at Cushing Terrell. We don’t have all the answers, but we can help you take the critical first step of outlining a plan for honoring your carbon commitment and help you solve for important and specialized questions including:

When it comes to setting ambitious sustainability and carbon reduction goals, it’s easy to become hyper focused on a single piece of the puzzle, but when we’re talking about quantifiable carbon impacts, it’s important to have a broader focus. By considering the big picture, we can make meaningful progress toward achieving carbon reduction goals. 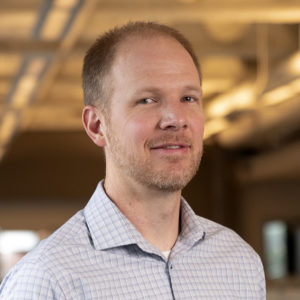 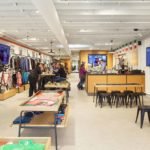